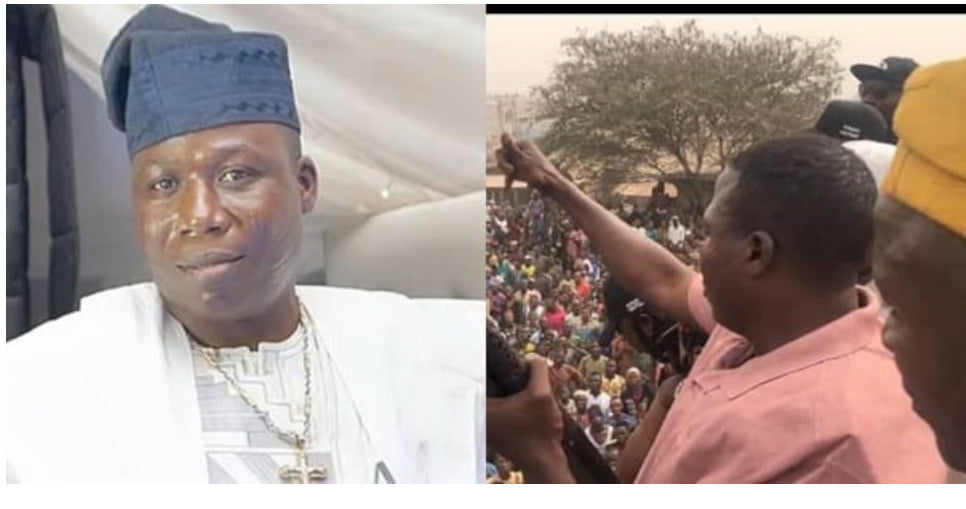 Sunday Igboho, a notorious self-acclaimed human right activist and politician, did not just find his fame after giving a violence-inviting marching order to the Fulani herders to leave Igangan community, he has been a striking cynosure — and of course, a controversy-personified figure with a presence of fear.

Fearless, vocal and terror-personified, Chief Sunday Adeyemo, who chooses to be addressed as Sunday Igboho, rose to fame after playing a central role in the Modakeke-Ife war between 1997 and 1998. He defended the Modakeke people.

On Friday, January 15, he stormed Igangan and told the Fulani herders to vacate the community, saying they have been fingered in the sundry crimes, killing of farmers in the Ibarapa and Oke-Ogun regions.

He made the claim, as seen in an interview he granted with BBC, following the death of Dr. Aborode, an educationist and farmer allegedly killed by the Fulani herders.

WOTHAPPEN.com highlights some of the notable things Nigerians may not know about the Yoruba activist who is threatening Fulani herders to leave.

His real name his (Chief) Sunday Adeyemo, but he is addressed as Sunday Igboho because of where he hails from.

He was born in Igboho community of Oke-Ogun region of Oyo state on October 10, 1972, but relocated to Modakeke in Osun state.

2. Road to fame and Grace

Sunday Igboho started life as a motorcycle repairer and then ventured into automobiles where he sold cars and was able to start Adeson Business Concept.

He became famous after his protagonist role in the Ife-Modakeke crisis.

3. Working for governors and top politicians

After returning back to Ibadan, he met former Oyo state Governor, Lam Adesina through a courageous step while trying to defend the rights of the people at a fuel station.

He also went on to work with former governor Rashidi Adewolu Ladoja who up till today is known as his (Igboho’s) political godfather.

OTHER NEWS:  Sunday Igboho is a hero for daring Fulani herdsmen – Fani-Kayode

Igboho is known for his activism towards the Yoruba course. He is known as Akoni Oodua of Yoruba land, gradually cementing his legacy as a philanthropist.

Although he is a Christian, Sunday Igboho is said to possess a metaphysical power which makes people fear him. He was said to have inherited the power from his father.

6.Relationship with musicians and celebrities

Chief Igboho is known or has been praise-sung by almost every musician across genres and faiths in the southwest.

He is a socialite who enjoys going party.

Sunday Igbo courted controversy to himself when he led the agitation for the Oduduwa country. Many have described him as the “Nnamdi Kanu” of the southwest.

Handsome and successful: the story of Sunday Igboho