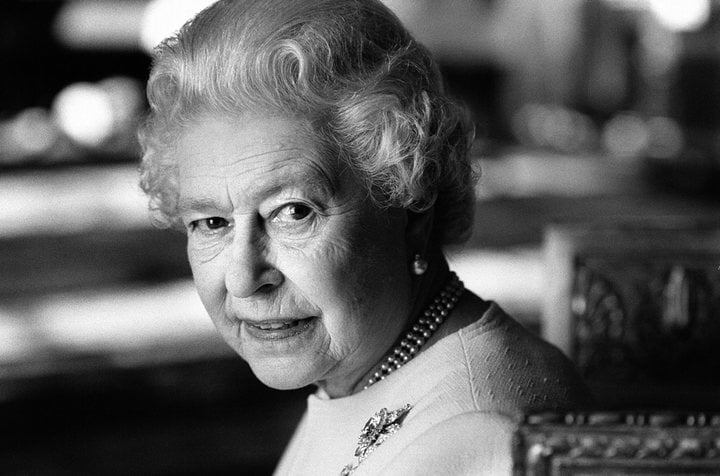 Queen Elizabeth II is the longest-serving monarch in British history.

She was born on April 21, 1926, to Prince Albert, Duke of York (later known as King George VI) and Elizabeth Bowes-Lyon at 17 Bruton Street in Mayfair, London, the home of her maternal grandparents.

The Princess was christened Elizabeth Alexandra Mary initially in a private chapel at Buckingham Palace. She was given her mother’s name, and Queen Alexandra and Queen Mary, her paternal great-grandmothers, are honoured with her two middle names.

READ ALSO: After the death of Queen Elizabeth II, the royal family will be known by a new title.

Queen Elizabeth II was home tutored in constitutional history by Henry Marten, Vice-Provost of Eton College. She was also tutored in academic courses like French, mathematics, and history, along with dancing, singing, and art lessons.

She also learned French from native French speakers in government in the UK.

The crown also created the Girl Guides, the first Buckingham Palace company, specifically for the Queen so she could socialise with people her age.

Later, the Queen enrolled as a Sea Ranger.

Ascension to the throne

As a 14 years old princess in 1939, Elizabeth and her sister Margaret were relocated to Windsor Castle from London during the Second World War.

She made her first famous radio speech from Windsor, reassuring the children of Britain who had been evacuated from their homes and families that victory was imminent.

In her speech, she said, “that in the end, all will be well; for God will care for us and give us victory and peace.” She delivered this with calmness and a strong personality.

King Edward VIII succeeded his eldest son, Elizabeth’s uncle, George V, who passed away in 1936. However, Edward had to decide between the crown and his heart because he was in love with American divorcee Wallis Simpson. In the end, Edward decided on Simpson and renounced the throne.

The incident altered her life, which presumptively made her the heir to the British throne. To highlight continuity with his father, he adopted the name George when he was anointed King George VI in 1937.

On June 2, 1953, at age 25, Elizabeth was installed as Queen Elizabeth II in Westminster Abbey.

On February 6, 1952, Elizabeth succeeded her father, King George VI, in the role of supreme monarch. The coronation ceremony was broadcast live on television for the first time ever, enabling viewers worldwide to take in the pomp and pageantry of the occasion.

The UK, perceived as a superpower overseas, retained its status and grew stronger under her.

However, Queen Elizabeth never expressed her political views or weighed in on political issues because she was a constitutional queen. She does, however, routinely consult with her prime ministers. However, in 2019, she got involved in politics for the first time when she granted Prime Minister Boris Johnson’s request to prorogue (halt) Parliament until October 14—less than three weeks before Britain was set to leave the EU.

In 1965, Elizabeth II became the first British monarch in more than five decades to make a state visit to Germany as the head of the Commonwealth and a representative of the United Kingdom.

The Queen travelled extensively in the 70s and 80s to cement diplomatic ties between the UK and other countries.

In 1973, she travelled to Ottawa, Canada, to attend the Commonwealth Conference, and in 1976 travelled to the United States for the 200th-anniversary celebration of America’s independence from Britain.

She also travelled to Montreal, Canada, to honour the Summer Olympics with her attendance.

The Queen toured Kuwait, Bahrain, Saudi Arabia, Qatar, the United Arab Emirates and Oman in 1979, which increased her respect and attracted attention.

In 2011, Queen Elizabeth II became the first British monarch to visit the Republic of Ireland since 1911, further demonstrating the symbolic status of the crown in the UK.

Under Queen Elizabeth II, the UK modernised bureaucracy by removing some of its formalities and opening up some of its assets and locations to the public.

In 2012, Britain scrapped the Civil List, a roughly 250-year-old public funding scheme of the monarchy, as it and other countries suffered financially. The government still assists the royal family, although the Queen has reduced spending.

The Queen, before her death, participated in more than 400 engagements annually and promoted numerous philanthropic causes and initiatives.

During her seventy-year and seven-month reign as Queen, she had 14 United Kingdom prime ministers placed in power. They are:

When Elizabeth was just 13 years old, she first encountered Philip, the son of Prince Andrew of Greece, and he immediately captured her attention. Over the years, they stayed in touch, and finally, they started dating.

On November 20, 1947, at London’s Westminster Abbey, Elizabeth wed Philip Mountbatten (a surname he adopted from his mother’s side).

However, in 1969, she officially appointed Charles her successor by granting him the title of Prince of Wales.

According to Forbes magazine, the British monarchy is worth $88 billion, and the Queen is personally entitled to a fraction of that.

The Queen reportedly receives income from taxpayers’ funds, also known as the Sovereign Grant. It is paid annually to the British family.

According to an online source, Queen Elizabeth II left behind personal assets worth more than $500 million.

The Queen reportedly has almost $13 million invested in offshore accounts, according to media reports from November 2017. The “Paradise Papers” were leaked to a German newspaper, which then gave them to the International Consortium of Investigative Journalists, who broke the story.

The Duchy of Lancaster, overseeing the Queen’s finances, admitted that some of its investments were placed in overseas accounts but maintained that they were all real.

In 2017, a former owner of Rigby & Peller, a lingerie shop who had served the Queen for more than fifty years, wrote an autobiography that featured some of her encounters with the royal family. Despite the author’s claims that “the book doesn’t include anything bad,” the Queen reportedly rescinded Rigby & Peller’s royal warrant at the beginning of 2018.

Top 10 Richest and Highest Paid Nigerian Musicians and Net Worth