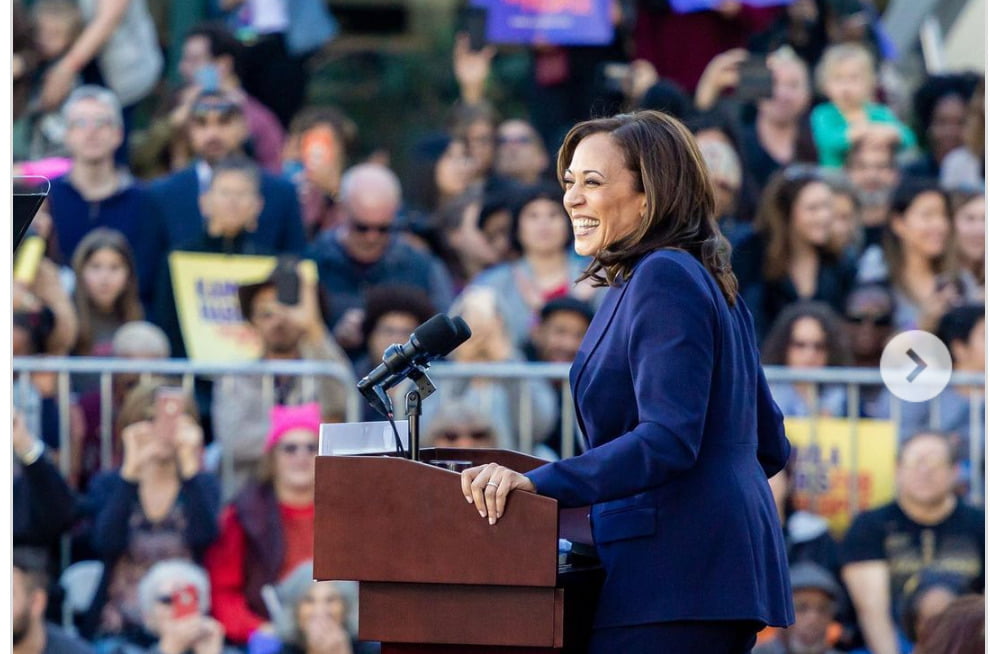 Between a chaotic election year and an ongoing pandemic, it’s safe to say we did it, Joe. We made it through 2020. But with Inauguration Day right around the corner, it’s also safe to say that 2021 will also be a year that goes down in the history books.

While this tradition is not uncommon for a president- or vice president-elect on Inauguration Day, why is Kamala Harris being sworn in with two Bibles?

So, why is Kamala Harris being sworn in using two Bibles on Inauguration Day?

According to the Associated Press, Harris will be sworn in using two Bibles, one of which belonged to Thurgood Marshall, the first Black Supreme Court justice, an activist that Harris calls one of her “greatest heroes,” and the other was owned by Mrs. Regina Shelton, a neighbor who Harris says acted as a second mother figure to her and her sister when their mother worked evenings as a cancer researcher.

OTHER NEWS:  Just in Case You Were Wondering: What Happens if a President Elect Dies?

Harris also used Regina Shelton’s Bible to take her oath as Attorney General and as U.S. Senator. She has previously said that her admiration for Thurgood Marshall inspired her to study at Howard, where Marshall also earned his degree in 1933.

In a Twitter video posted in July, Harris also revealed that Marshall’s work motivated her to pursue a career in law. “Thurgood Marshall and the work that he did is … really one of the main reasons I wanted to be a lawyer. Thurgood was a fighter, he was a boxer in the courtroom.”

In her memoir, The Truths We Hold, Harris wrote, “Some of my greatest heroes were lawyers: Thurgood Marshall, Charles Hamilton Houston, Constance Baker Motley — giants of the civil rights movement. I cared a lot about fairness, and I saw the law as a tool that can help make things fair.”

OTHER NEWS:  I won this election - President Donald Trump insists as Joe Biden is declared winner of US Presidential election

Who is Kamala Harris being sworn in by?

Tomorrow, Harris will be sworn in by Justice Sonia Sotomayor, a former prosecutor who later became the first Latina Supreme Court justice in history. While Sotomayor and Harris will both make history as firsts tomorrow, this isn’t the first presidential inauguration that Sotomayor has been apart of. In 2013, Sotomayor also swore in Biden for his second term as vice president.

Along with Thurgood Marshall and Regina Shelton, Harris also cites Sonia as a major inspiration in her professional life. She wrote on Twitter in 2019, “Judge Sonia Sotomayor has fought for the voices of the people ever since her first case voting against corporations in Citizens United. As a critical voice on the bench, she’s showing all our children what’s possible.”

What time will Kamala Harris be sworn in?

See What Happen To Lenny Murrell on Good Bones