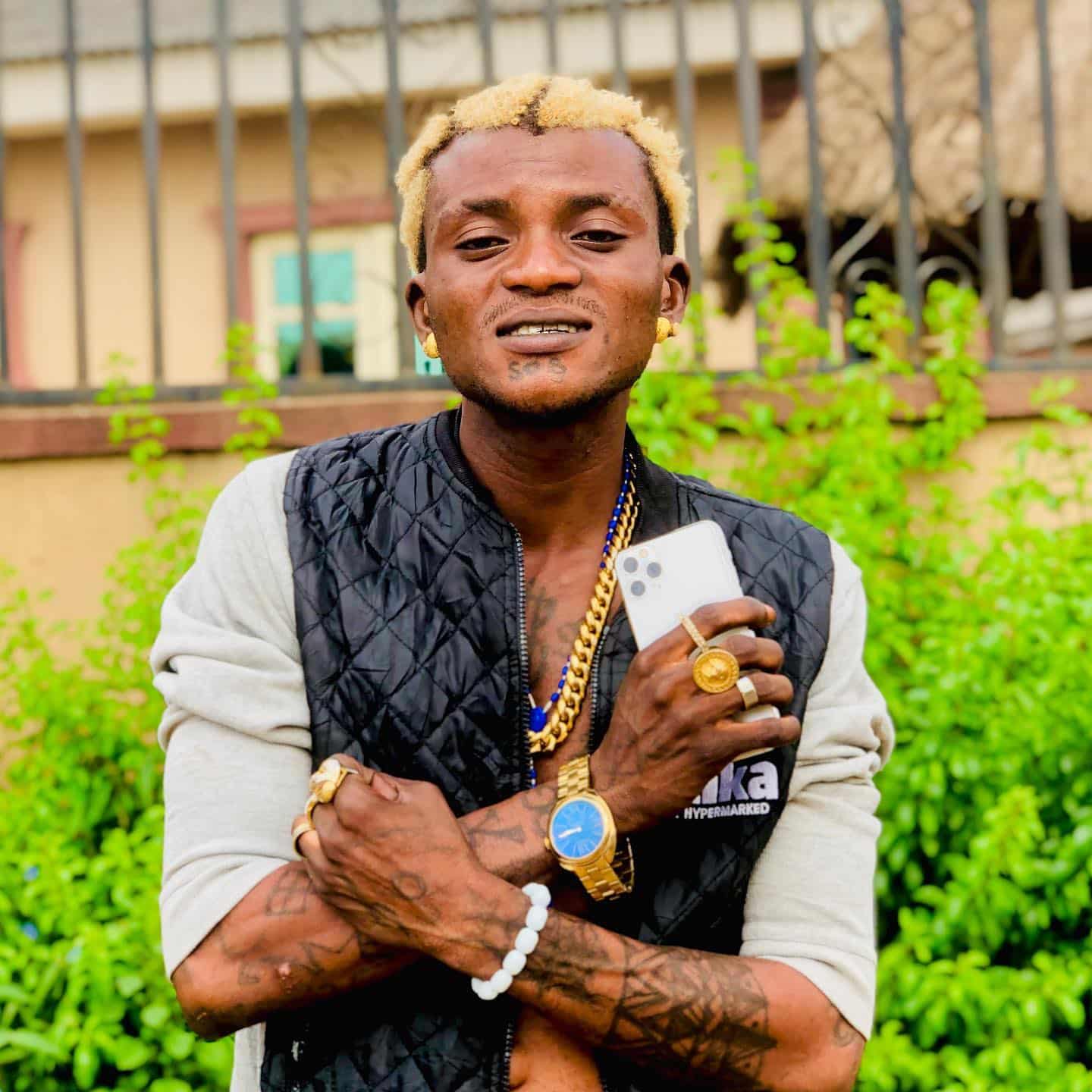 Wothappen reports that Habeeb Okikiola professionally known as Portable Omolalomi is a Nigerian singer and songwriter from Ogun State, Nigeria.

Not yet confirmed but sources have it that Portable was born on March 12, 1994 and of course, he’s of Yoruba ethnicity.

We are yet to gather full information on his education and childhood. However, we promise to keep this page updated.

The controversial music talent has been making music even before his popular song “Zazoo Zehh” shot him into limelight.

He moved from Ogun State to live in Nigeria’s most popular city, Lagos state to further his music career.

Portable Omolalomi broke into the limelight after Nigerian renowned rapper, Olamide agreed to feature on his song alongside dancer, Poco Lee.

The record which was titled “Zazoo Zehh” had generated a lot of attention and even lead to a feud between Portable and Poco Lee over ownership of the song.

Portable had complained of Poco Lee taking all the proceed from the track after uploading the song under his name. The short feud however came to an end after so many celebrities including Olamide got involved.

The success of “Zazoo Zehh” opened up so many opportunities for the Ogun state artist. He got to meet so many popular acts including Wizkid, Phyno, Peruzzi, Burna Boy, Tiwa Savage and others.

Portable also performed on stage with Wizkid and Tiwa Savage. He trended on social media platforms for weeks following the release of his popular song.

Like we stated earlier, Portable had already released songs before his breakthrough record “Zazoo Zehh” was released.

His first album was titled “Wanted” and houses six tracks including the bonus track. It was released earlier 2021 around the month of August.

His catalog of songs includes:

Who Is Welsh Cricketer, Cameron Herring?

“They Greet Guys, Not the Women”: Stephanie Coker Explains Not Liking to Be Friends With Nigerian-Bred Ladies