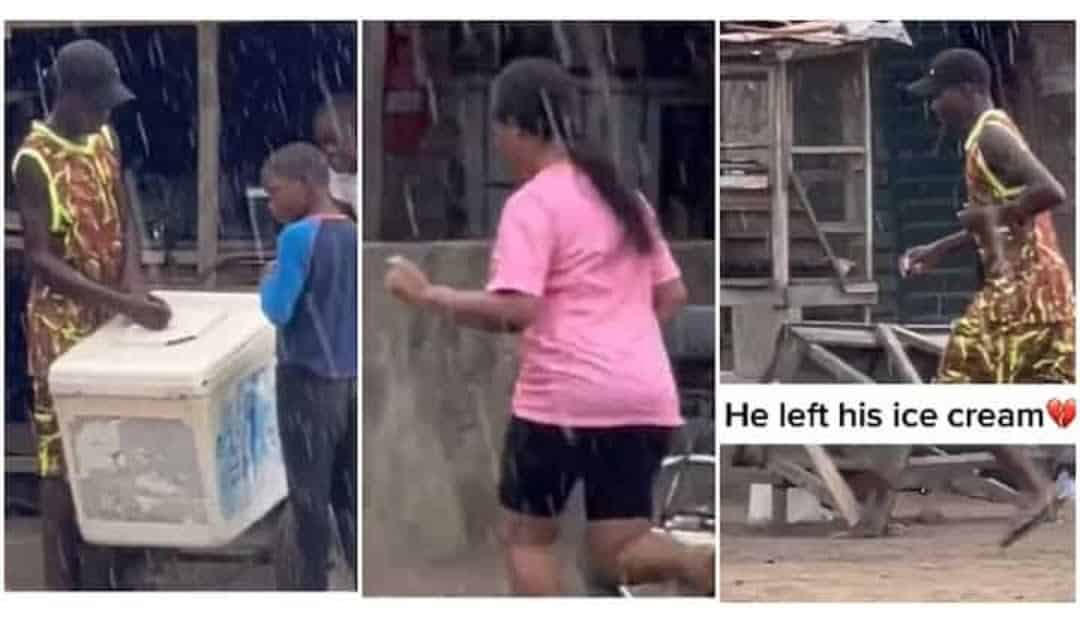 An ice cream seller who abandoned his business and followed a woman is currently trending on TikTok.

The video, which captured when the man left his ice cream and chased the lady, was posted on Tuesday, December 6.

The man’s behaviour in the video has generated more than 1500 comments after the video went viral and got over 47k likes.

TikTok users have reacted differently to a video of a man who left his business and followed a woman.

The man, who is an ice cream seller, took the action in a video posted on TikTok on Tuesday, December 6, by Omapearl.

In the short video, which lasted 57 seconds, the lady approached the man when he was attending to his customers.

She handed him a piece of paper containing an invitation note to her place, and then she ran off.

His action left his customers bemused as they stood beside his truck and watched with total surprise.

The video has generated over 1500 comments on TikTok and gathered more than 47k likes after it went viral on the platform.

Lady Bumps into Husband Chilling with His Side Chick, Confronts Them in Viral Video