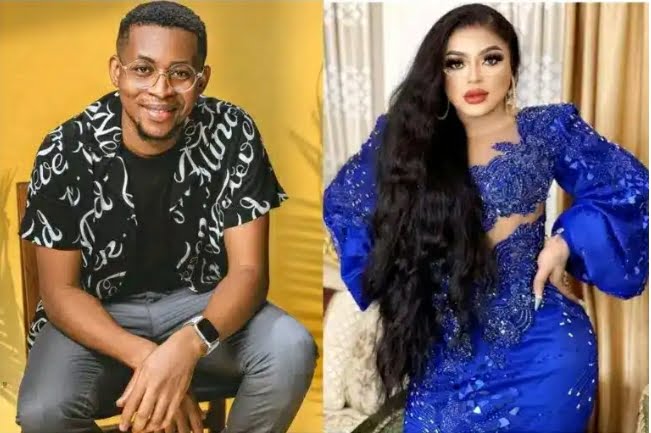 Life coach, Solomon Buchi has sent a powerful message to controversial crossdresser, Bobrisky that he is a man and nothing can ever change it.

This comes after wothappen news reported that Bobrisky revealed what he will do to convince Nigerians that he is a girl.

The crossdresser stressed that it is only in Nigeria that people argue about his gender said he would have to spread his private part on the air to convince Nigerians.

He said: “Only in Nigeria people argue your gender with you. I say I am a girl, some are still doubting. Until I spread, my kpekus on air before una believe”.

Solomon Buchi tell Bobrisky he will always be a man

Weighing into Bobrisky’s controversial post, Buchi sent him a powerful message. He told him point blank that gender is not a costume he puts on and off.

According to Buchi, Bobrisky will always be a man no matter the surgeries he performs. Backing his claim up with science, he said Bobrisky’s DNA speaks volumes.

He wrote: “Bobrisky actually denigrates womanhood. Bob, gender is not a costume that you can put on and off. You’re a man.

“A red bladed man. Even if you go through surgeries to become trans***, you’re still a man. Your gender isn’t just in your sexual organs.

“It’s down into your bones; your DNA. Such that if one dis and is buried, 100 years later, they can check through the bones and know that he was male. Bobrisky, na man you be”.

“If Tom Ford can celebrate my dad, Nicki Minaj can too” DJ Cuppy reveals birthday wish