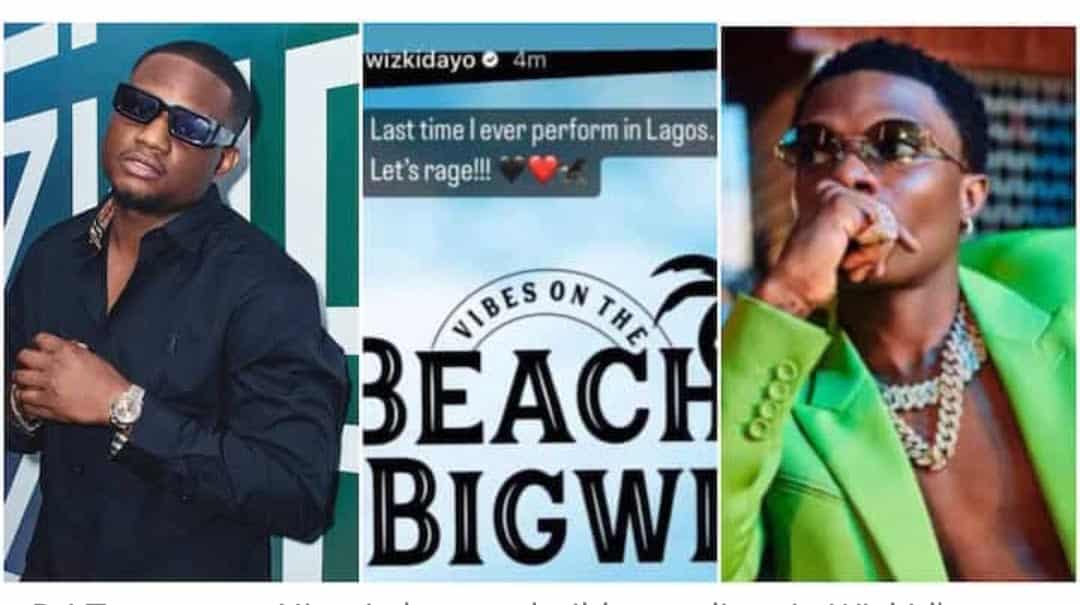 DJ Tunez, in a tweet, said the singer is serious about it as he added that Nigeria has to build a stadium in Wizkid’s name

The DJ’s statement has further thrown the singer’s fans into a dilemma as many continue to wonder if 2022 would be the last time he would perform in Lagos.

Nigerian international artiste Wizkid is scheduled to perform at a beach in Lagos on December 30; however, the way he made the announcement has thrown his fans into a panic mood.

Wizkid, in a post via his Instastory, said it would be his last performance in Lagos.

“Last time I ever perform in Lagos. Let’s rage!!”

DJ Tunez, in a tweet via his official Twitter handle, said Wizkid was serious about his statement. He added that Nigeria has to build a stadium in honour of the music star.