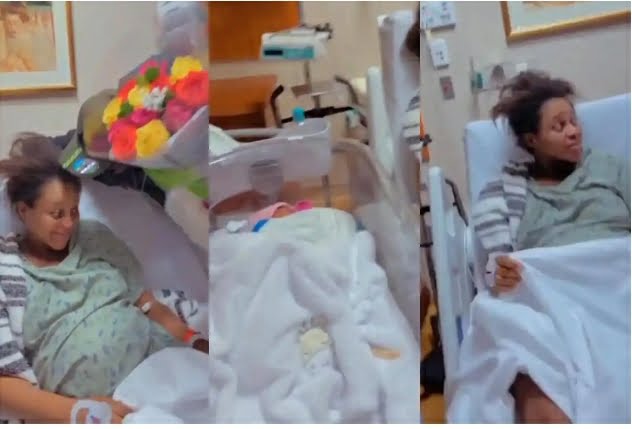 Earlier today, it was reported that a new member had been added to the Makun family, and now AY Comedian has verified the news of having a kid after 13 years with this video of his wife Mabel and daughter Ayomide looking robust and well.

AY Comedian uploaded a video of his wife and daughter in the hospital to inform to the world that the Makun dynasty has grown by one, thanking God for such a blessing after 13 years of waiting.

He also thanked those who have been encouraging with their words of encouragement and positive vibes, as well as praying for them as they wait for the Lord to bless them with such joy this time around, and congratulated them.

According to the video, both mother and daughter are doing great, and AY Comedian is the happiest father in the world right now, thanking his second daughter for reuniting him with his wife and making his first daughter a big sister.

Our prayers have been answered for the past 13 years. Thank you, AYOMIDE, for reuniting @realmabelmakun and I as Mummy and Daddy. Thank you for elevating Michelle to the status of BIG SISTER. Thanks to everyone who kept us in their prayers and never stopped feeding us with positive vibes.

May D reveals that he has parted ways with Davido’s record label.