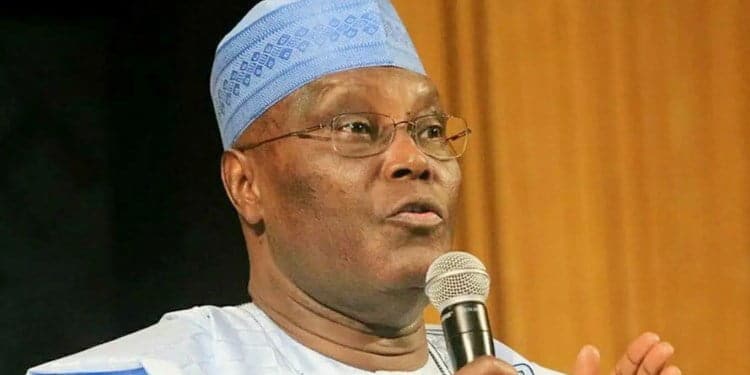 Presidential candidate of the Peoples Democratic Party, PDP, Atiku Abubakar, has stated that Governor Wike is angry because things did not go the way he wants, stating that he is ready for reconciliation.

Wothappen reports that Atiku further stated that Atiku said contrary to what is reported on social media, PDP is united and not divided.

The former vice-president, Atiku Abubakar, stated this on Thursday, in Osogbo, Osun State, at the flag-off of the PDP campaign for Ademola Adeleke.

Atiku said what is happening in the opposition PDP is temporary and efforts are being made to address it.

Recall that among the PDP stakeholders who were in Osogbo for the campaign, Governor Nyesom Wike was absent.

Atiku had sent a powerful delegation to Wike while he was in Dubai, unfortunately, Wike refused to welcome the reconciliation delegates.

Atiku said, “Some people get angry when things don’t go their way and so on and so forth. We will overcome that. I have every belief that we are going to do that.

Speaking on whether he is still out to negotiate with Wike, Atiku said, “Why not? I am open to that.

“It is a social media drama. There is nothing like a Wike camp or Atiku camp. There is one PDP family.”

Governor Wike of Rivers State was defeated by Atiku Abubakar at the PDP presidential primary election, things, however, fell apart, when Atiku fell to appoint Wike a vice-presidential candidate following the recommendation of a 16-man committee set p by Atiku to suggest a suitable running mate.

She Has Courage: Beautiful Nigerian Lady Collects Man’s Number Inside Bank, Tells Him His Hand Is Soft

Woman Married to 2 Men Opens up on Her Marriage in Video, Says They all Sleep on the Same Bed

#BBNaija: Rachel Speaks On Her Relationship With Adekunle