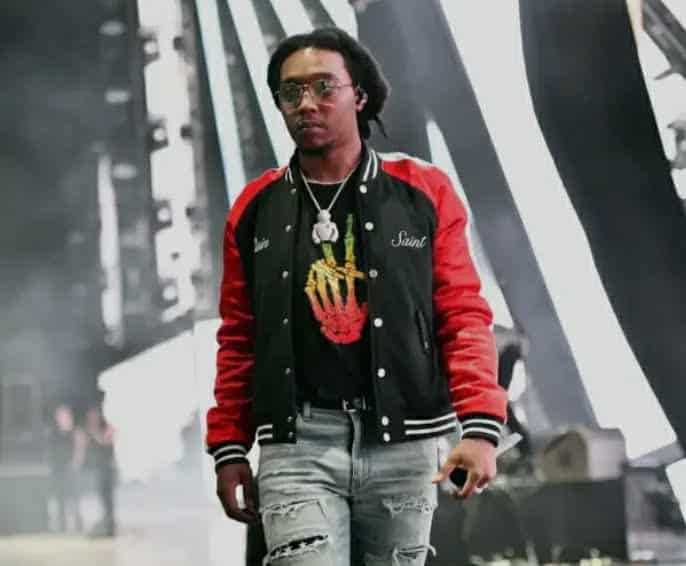 Houston Police announced on Friday, December 2, that Patrick Xavier Clark, aka DJ Pat, has been charged and arrested for the murder of Takeoff. But, who is the suspect, and what is he known for?

The rapper, whose real name was Kirshnik Khari Ball, was fatally shot at a bowling alley in downtown Houston on November 1, 2022 (The Daily Mail).

Before detailing the arrest of the suspect in Takeoff’s killing, Houston Police Department chief, Troy Finner, sent out his prayers to the rapper’s family, friends and fans.

While DJ Pat was reportedly arrested on Thursday, another man, Cameron Joshua, was arrested on November 22 and charged with “felony possession of a weapon.”

WHO IS PATRICK XAVIER CLARK?

33-year-old Patrick is reportedly a well-known entertainment promoter and a rapper from Houston. He also ran a strip club called The Flame HTX.

Fellow rapper Jmali told The Daily Beast after Patrick’s arrest that he was known around Houston as “DJ Pat”.

OTHER NEWS:  Will Bitcoin Price Reach $30K in August? Maybe Time To Buy TAMA Along With Bitcoin

His social media activities are pretty normal since the day of the shooting. He goes by the handle @DJPAT713 on Twitter where he has more than 5,000 followers.

The last tweet shared by him two days before his arrest read: “The ones that supposed to be here switch up so that’s why it’s new faces at the table.”

Speaking about the shooting, Chief Troy said: “(Takeoff was) definitely in the wrong place at the wrong time. No evidence whatsoever to say anything different.”

On December 2, HPD issued an official statement with regard to the arrests in connection to Takeoff’s shooting. Chief Finner claimed in the press conference that Xavier was “charged with the murder of Takeoff.”

In the video shared on the department’s official Twitter page, Mayor Sylvester Turner is heard saying: “I’m glad that a suspect has been arrested and charged for Takeoff’s death.

“It will bring some comfort to the family, though it does not bring Takeoff back. This is a significant step in seeking justice and I hope it also brings additional comfort to all those who loved Takeoff.

“Gun violence everywhere, not just in the city of Houston, has to stop. People are dying for no reason and people are reaching for a deadly firearm to settle sometimes a minor disagreement. Pulling a firearm can have deadly consequences that you cannot undo.”

Takeoff was 28 at the time of his tragic death last month.

As per TMZ, the rapper and his uncle, Quavo, were in attendance at Jas Prince’s birthday celebration on the night of the shooting and the duo even posted pictures and videos of themselves just hours before the deadly incident.

The Migos member’s funeral service was held at Atlanta’s State Farm Arena two weeks ago. The rapper’s funeral was a private event that restricted fans and other attendees from carrying their phones or cameras.

The Houston Police revealed in the press conference that “the investigation is ongoing.”