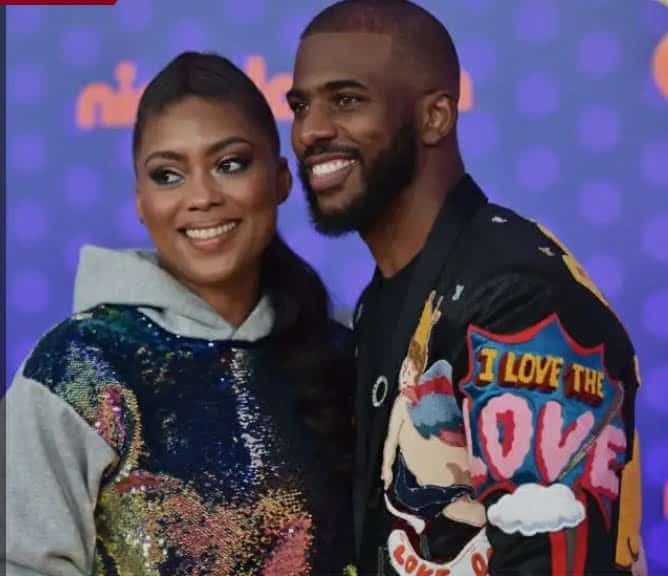 Phoenix Suns player Chris Paul and his wife Jada Crawley have found themselves in the limelight following certain accusations made by Kanye West.

On Thursday (December 1, 2022), West took to Twitter to accuse the NBA player of being “caught” with Ye’s ex-wife Kim Kardashian, XXL Mag reports. West’s Twitter account appeared to have been suspended shortly after his post.

WOTHAPPEN have reached out to Chris Paul, Ye and Kim Kardashian for comment.

Amid the reports, we take a look at the NBA star’s relationship with wife Jada and find out more about her career.

WHO IS CHRIS PAUL’S WIFE JADA?

Jada Paul, previously Jada Crawley, is an entrepreneur, fashion designer and social media personality who enjoys a lot of online spotlight thanks to her husband’s NBA career.

She was born on February 16, 1984 and grew up in North Carolina. She attended Mount Tabor High School in Winston-Salem.

Similar to Chris, she is a philanthropist and helps her husband run the CP3 foundation, which provides resources to communities in education, sports and life.

The foundation was launched by Chris and his family in 2005 and is run in partnership with The Winston-Salem Foundation in honor of Chris’ late grandfather. Chris and Jada are co-founders of the organization alongside other family members.

Chris and Jada are college sweethearts as they met at Wake Forest University in the early 2000s where Chris played basketball for two years. While they both grew up in North Carolina, their life paths didn’t cross earlier because they attended different high schools.

The couple tied the knot in September 2011. The wedding took place at The Ballantyne, a hotel and lodge in Charlotte, and was attended by several of Chris’ NBA teammates and co-stars.

Chris and Jada have welcomed two children. Their son, Chris Emmanuel Paul II, was born in May 2009. They welcomed their second child, daughter Camryn Alexis, in August 2012.

Jada’s Instagram profile is set to public and she currently has a fanbase of 137,000 followers.

Her feed is filled with loved-up images of her with Chris and their family, as well as appearances from recent basketball games and other media events.

CANADIAN PACIFIC HOLIDAY TRAIN 2022: SCHEDULE, ROUTE AND HOW TO WATCH