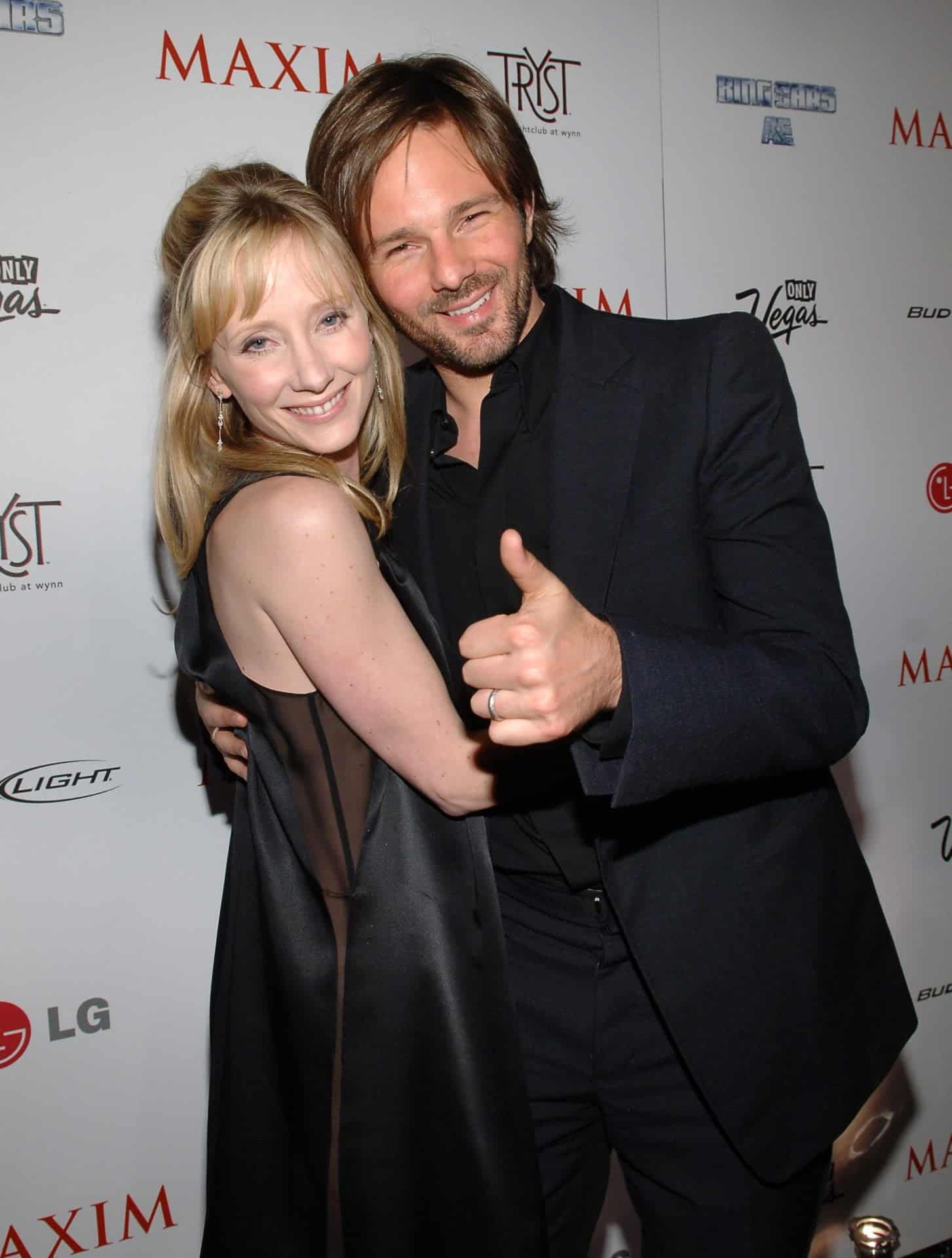 Anne Heche has been hospitalized after a car accident in Los Angeles on Friday, August 5th. Find out who the actress‘ ex-husband is.

The police reveal that Anne’s car crashed into a Mar Vista neighbourhood home at 10:55 AM on Friday.

Los Angeles Police Public Information Officer, Jeff Lee, told CNN that the driver of the vehicle was travelling at high speed and ran off the road, colliding into a house. In the aftermath of the accident, both the house and the car were engulfed in flames.

Who is Anne Heche’s ex-husband?

The Six Days Seven Nights actress was previously married to real estate broker Coleman Laffoon. The pair was married for eight years between 2001 and 2009.

Anne Heche’s ex-husband was born in Cincinnati, Ohio, on October 7, 1973. The now 49-year-old obtained his California Real Estate License in 2007. He is listed as an agent on the Compass website.

The broker and his current wife, Alexi Laffoon, run the family-based business, Laffoon Group, together. “Alexi and Coley derive satisfaction from the trust they earn and the results they deliver,” Compass’ website reads.

The pair and their children currently live in Los Angeles’ Miracle Mile neighbourhood.

Does Anne Heche have any kids?

Anne is the mother of one. She shares a son with her ex-husband, Coleman Laffoon. The pair are co-parents to their 20-year-old son, Homer.

Anna was rumoured to be dating Peter Thomas Roth

MORE:  Zack and Cody stars took a break from acting after being paid $20k per episode

Back in September 2021, US Weekly revealed that the Volcano actress was dating skincare guru Peter Thomas Roth.

An insider told the outlet at the time: “Peter and Anne met through mutual friends in the Hamptons and have been dating for about eight weeks.”

Back in August 2021, Anne and her partner stepped out together for a Galerie Magazine event for the unveiling of the Galerie House of Art and Design.

The duo were reportedly spotted together multiple times during the month.

At the time of writing, it’s unclear if Anne and Peter are still together.