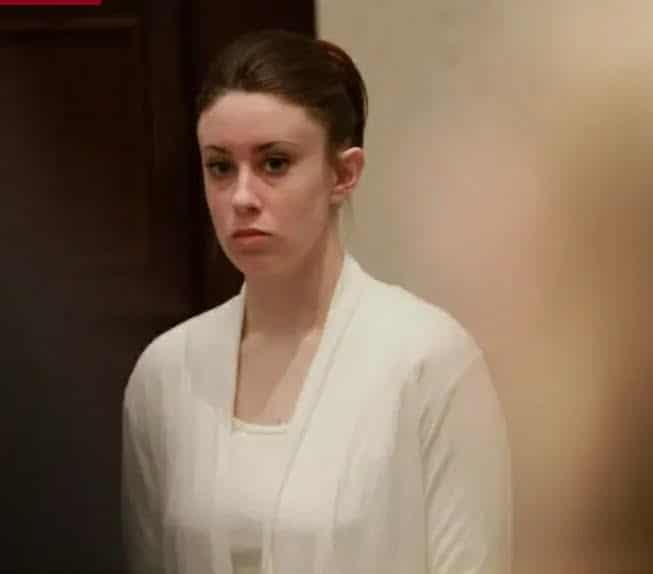 More than a decade after her acquittal Casey Anthony is set to appear in a new documentary that looks at her life now.

In the new documentary Casey Anthony: Where the Truth Lies, the 36-year-old is speaking on camera since she was first arrested for murder 2008.

Casey was charged with the murder of her two-year-old daughter, but ultimately not convicted.

In July 2008 Casey’s toddler, Caylee Anthony, was reported missing. In December of that year, the little girl’s remains were discovered and led detectives to believe she may have been murdered.

However, it was two months prior to finding Caylee’s remains that Casey was arrested and charged with first-degree murder in October 2008 and pled not guilty.

OTHER NEWS:  Who Is Mikey North Wife Rachael Isherwood? Is He Leaving Corrie 2022?

The trial lasted six weeks, from May to July 2011, and on July 5, 2011, the jury found Casey not guilty of first-degree murder, aggravated child abuse, and aggravated manslaughter of a child.

However, she was found guilty of four misdemeanor counts of providing false information to a law enforcement officer.

WHERE IS CASEY ANTHONY NOW?

According to Buzzfeed News, Casey, now age 36, works as a legal assistant and does accounting work.

Where the Truth Lies showrunner Alexandra Dean told the publication Casey has a “small life,” with a close friend and a small circle of trusted people, including her former defence team.

Casey apparently still talks to her mother and brother but is not “close” with them. Alexandra explained: “She doesn’t talk to them often, and I wouldn’t call their relationship close, but they do communicate.”

OTHER NEWS:  Rema Is Set To Release Calm Down Remix With Selena Gomez

HOW TO WATCH CASEY ANTHONY: WHERE THE TRUTH LIES

IMDb states: “For the first time on camera, Casey Anthony sits down to share her side of the story since her culture-defining trial and acquittal 11 years ago.”

In the documentary (see trailer above), Casey will be unpacking people’s assumptions about her and even has a “jaw-dropping new perspective on the untimely death of 2-year-old Caylee.”

WHAT DOES BBC MEAN ON TIKTOK?