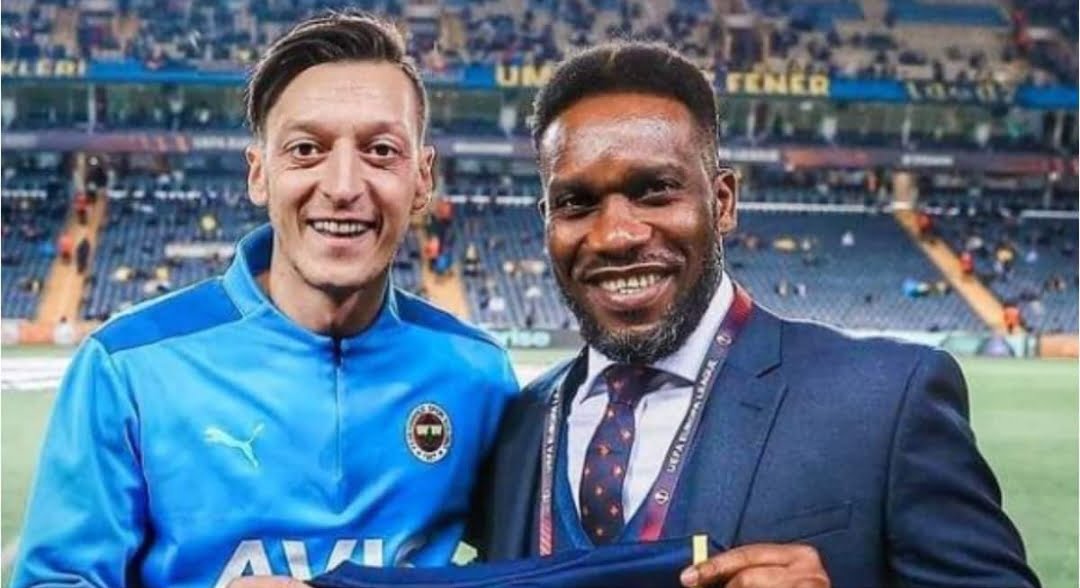 Mesut Ozil has expressed his joy at finally meeting former Nigerian midfielder Jay Jay Okocha, a Fenerbahce player, according to The Cable.

On the eve of Fenerbahce’s Europa League showdown with Frankfurt, Okocha garnered a lot of attention in Turkey.

At Fernabahce, where he is revered as a hero, Fernabahce president Ali Koc hosted the 48-year-old and other Frankfurt executives to dinner on Wednesday night.

Ozil acknowledged to his Twitter followers earlier this year that the former Nigerian international was his childhood hero during an interactive Q&A session.

While growing up in Germany, Ozil stated that Fenerbahce, the club where Nigeria star John Okocha played two years, was his favorite as a youngster.

During his time with Fenerbahce in 1996, Jay Jay scored 30 goals in 62 league matches and earned himself the nickname “Jay Jay.”

Over two decades later, Ozil was happy to meet his “hero” again after all these years, when the 48-year-old was honored before a Europa League match.

“What an honour to meet one of my childhood idols: Jay Jay Okocha. It’s been great talking to you my friend.”

The match between Fenerbahce and Frankfurt ended 1-1 after Djibril Sow’s 29th minute goal for the visitors was cancelled out by a Mergim Berisha effort in the 42nd minute as they shared the spoils.