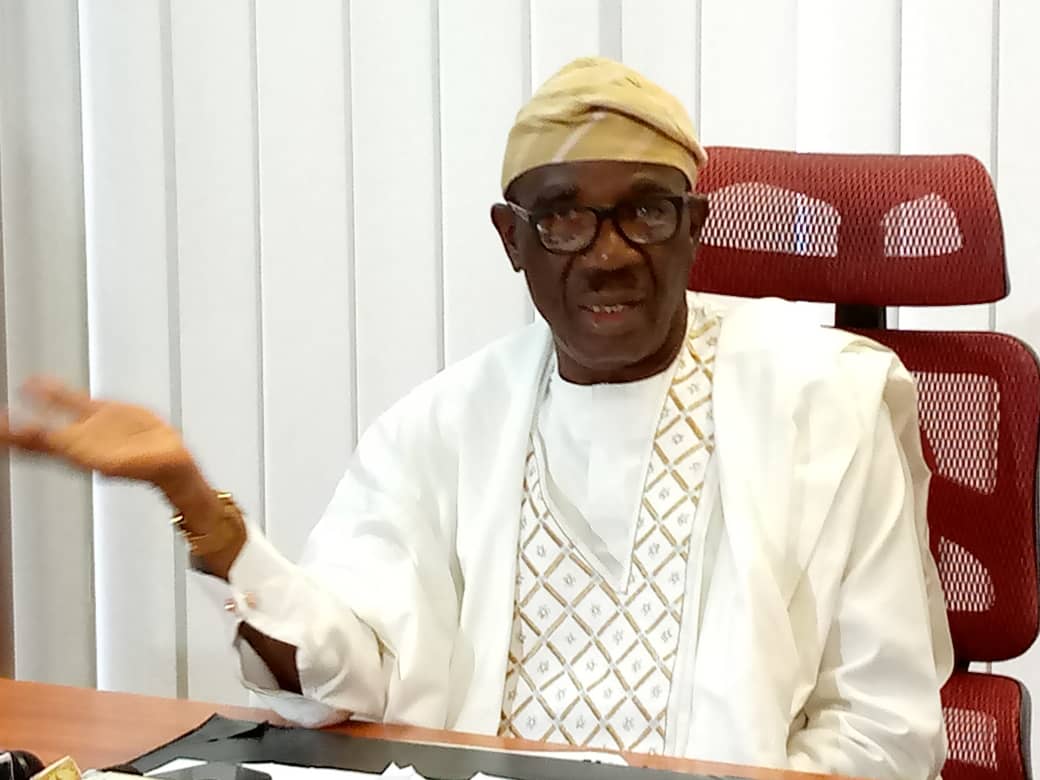 The Lawmaker representing Osun East Senatorial District at the upper legislative chamber of the National Assembly, Senator Francis Fadahunsi, has said the 9th Senate had all it takes to impeach President Muhammadu Buhari.

Members of the opposition parties had, during the Wednesday’s plenary, staged a walkout, after the move to serve impeachment notice on President Buhari was resisted by some Members of the ruling All Progressives Congress (APC).

The impeachment move was hinged on the incessant attacks on Nigerians by dreaded insurgents and the latest threats to overrun Abuja, the nation’s capital.

Addressing newsmen in his office shortly after the plenary, Senator Fadahunsi said, some APC Lawmakers were in support of the impeachment move and the remaining naysayers would join the majority when the Senate resumes from the long vacation.

“Remember I moved this motion 2 years ago that this President could offer nothing and that he should step aside. But the APC then, floating in Atlantic Ocean didn’t understand what I was saying. Now that the dangerous Atlantic Ocean is sweeping them and they have overtaken even Abuja, they are gradually seeing reasons.

“We decided at a close door session that an impeachment notice should be passed on him, but because somebody is still busy trying to protect his job, it was not possible.

MORE:  Self-Zoned: Actor Ibrahim Suleiman Recounts How He Felt His Wife Ihuoma Linda-Ejiofor Was Out of His League

“By the time we come back, that is, if all of us will come back; that is, if some of us are not inflicted by the insecurity; we would all come together, regardless of our political affiliations and ask that he should go”, he said.

Senator Fadahunsi, who is the Vice Chairman, Senate Committees on Customs and Trades and Investment, also lashed on the Nigeria’s security Chiefs for not doing enough.

He said, “The soldiers are busy making money. The Generals are busy acquiring houses. Some of them do not even know what to do with the money, some of them are building universities and hotels.

“Each time we invite them, they always complain of shortage of funds and we would always approve money for them. So, they have now acquired much money.

“All the people causing these issues, have you heard that anyone was arrested? The few ones arrested were also blown out of Kuje prisons and are now causing more mayhem. These people know exactly what they are doing”.

Stressing further, Senator Fadahunsi said, “If the man in power is not ejected out of Aso Villa, the way things are going, this country would slide into militocracy and the democracy we all laboured for would erode us”.

He said, “The Commander of his Brigade Command has been killed. About 30 soldiers under him cannot be found.
If he goes and someone comes in, the person would understand the language”, saying, Buhari’s exit would sanitise the system.

“At a point, El-Rufai who was part of those who brought them, came out openly and confessed that, the only way to eliminate them is to attack their hideouts and kill all of them, including those who are mediating. But who will give the order?

“So, someone that cannot give order for this clampdown should take a leave and allow another person to come in”, Fadahunsi added.

He was optimistic that, “by the time the Senate resumes, we shall sanitise the system and speak in one voice”.

Just In: Opposition Senators walkout of plenary over rejection of call to impeach Buhari