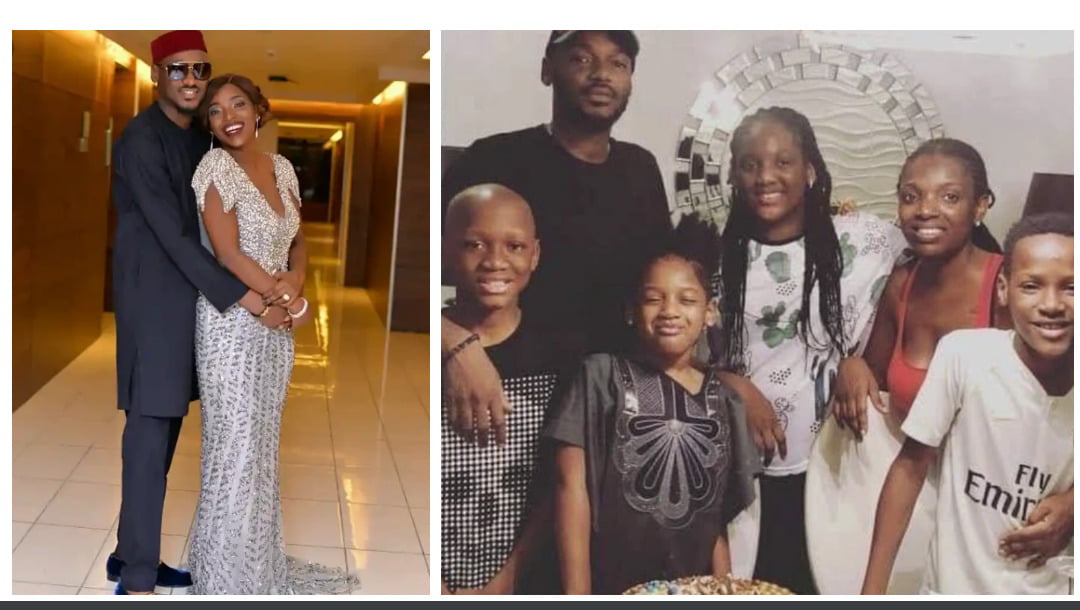 After the paternity scandal of FCMB boss broke there has been a lot of advocacy online and offline for men to conduct paternity test on their children to be able to confirm who their real father is before it is too late. After the scandal there has also been a lot of stories of paternity fraud that surfaced on the internet and all this got people paying attention to details till someone stumbled on one of 2baba’s family picture.

OTHER NEWS:  “Wizkid Is The Legend Of His Generation”, 2baba Hails Singer

And as usual Twitter people looked for a loophole were they raised the issue of the resemblance between 2baba and Joel Amadi who is also a musician in the entertainment industry, someone then made a joke saying “what if na Joel born them”, some said anything 2baba touches will definitely look like him, were they then said even his wife is already looking so much like him.

Though 2baba has children with different baby Mama’s, all his children has his look one way or the other.

See the photo that was posted and the reactions below.