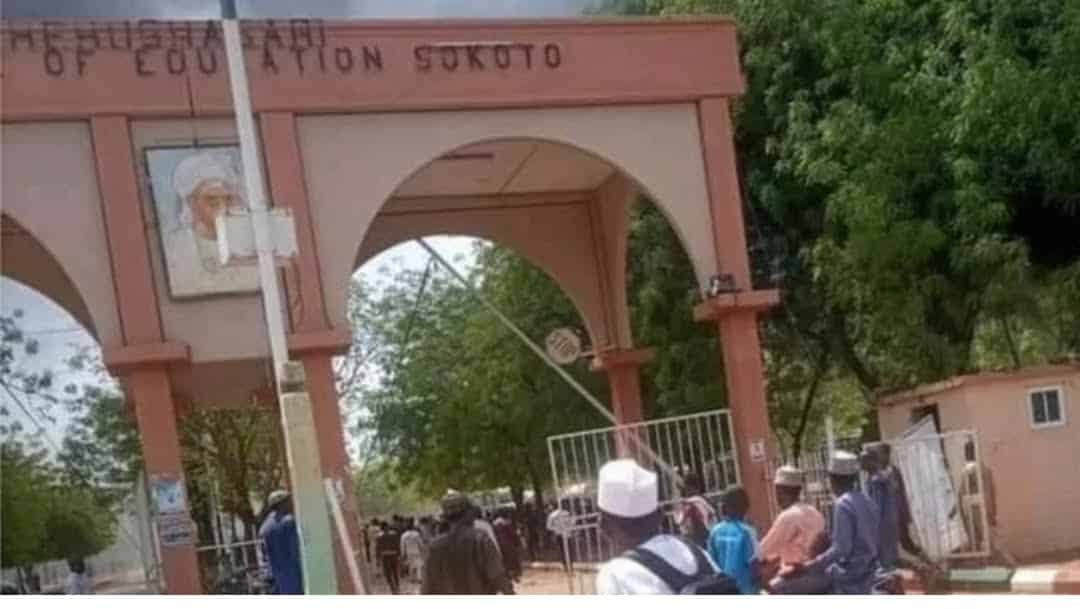 A video has emerged showing the moment students beat and set Deborah Yakubu ablaze in Sokoto for blasphemy.

Wothappen reports that a 200 Level student of Home Economics at Shehu Shagari College of Education in Sokoto State, northern Nigeria, has been lynched by fellow students over alleged blasphemy against Prophet Muhammad on Thursday, May 12, 2022..

This online news platform understands that the Christian student, identified as Deborah Yakubu, allegedly shared the offensive message in a school Whatsapp group. It was learned, according to sources quoted by DAILY NIGERIAN that the blasphemous message drew the ire of the students, who overpowered school security, beat her to death, and set the body on fire.

She had said before her death; “Holy ghost fire, nothing would happen to me, is it by force you guys would always be sending this religious stuff in the group, the group wasn’t created for that, but rather as a notice for when there’s a test, assignment, exams, etc, not these nonsense Religious posts.

In a swift reaction, the school was later shut down by the management to avoid escalation of the situation.

MORE:  Being in a relationship with an elderly woman is the most appealing thing ever - Man says

“Following today’s early morning Students rampage in the College, the College Management has resolved to close down the College indefinitely with immediate effect.

“Consequently, all students are hereby directed to vacate the College campus immediately,” the school said in a statement.

Wothappen Nigeria learned that Sa’ad Abubakar III, the Sultan of Sokoto, also condemned the extrajudicial killing of the student, calling on the authorities to bring the perpetrators to book.

“The Sultanate Council has learnt with dismay the unfortunate happenings at the Shehu Shagari College of Education, (SSCOE) Sokoto that led to the loss of life of a female student of the Institution.

“The Sultanate Council condemned the incident in its totality and has urged the security agencies to bring perpetrators of the unjustifiable incident to justice.

“The Sultanate Council has urged all to remain calm and ensure peaceful co-existence among all people of the State and nation,” the statement said.