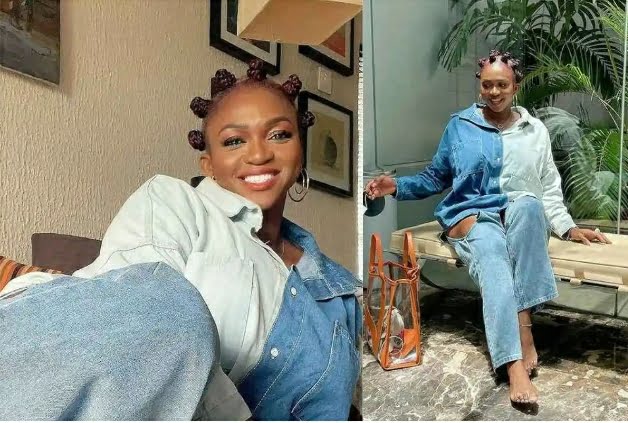 Waje, a singer, has carpeted a noble troll who chose violence rather asking the public for advice on what to do with her nieces who are returning from boarding school.

Waje tweeted that her nieces had returned from boarding school today, and she wanted to do something special for them. She didn’t know what to do, so she asked her fans what she should make for them, and someone took offense.

Noble, a troll, chose to criticize Waje, claiming that she isn’t allowed to bring anything to social media and that her inquiry isn’t supposed to be asked.

Waje responded by returning it to him, claiming that it was not his public and that he should focus on himself so that his sanity wouldn’t be deluded, to which he answered that she isn’t focused and that’s why she posts everything on social media.

This troll appears to be prepared for Waje because he always wants to have the final say in their banter, so he finds a response to whatever response she provides to his criticisms and refuses to be carpeted by her, but I suppose Waje made her point plain and it’s up to him to mind his own business.

Benin No Be Lagos O, Many Warn Portable As He Goes ‘Rogue’ Inside Nightclub, Demands for DJ in Video

He Was born with it: 16-Year-Old Boy with 70cm Hairy Tail Believed to be a Reincarnated God Goes Viral