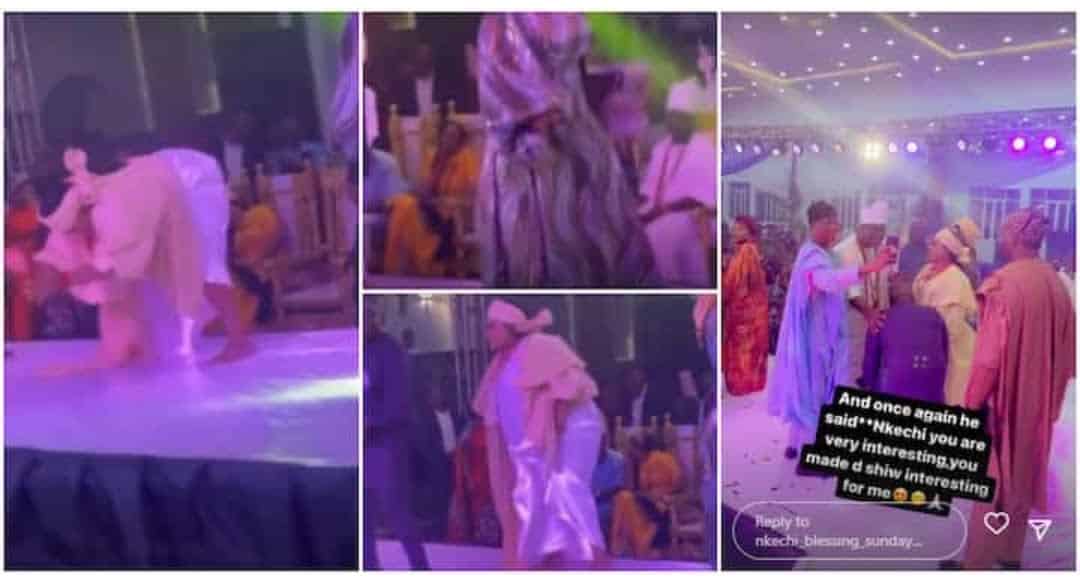 Popular Nollywood actress, Nkechi Blessing Sunday, is in the news again, this time for her antics in Ile Ife.

The movie star was at an event hosted by the Ooni of Ife, and she was seen twerking in his presence.

The video trended online and caused a massive buzz from many, including her ex-boyfriend, Opeyemi Falegan, who shaded her.

The movie star was recently a guest in Ile Ife after she attended an event hosted by the Ooni, Oba Enitan Adeyeye Ogunwusi.

In a video making the rounds online, Nkechi was seen dancing on stage with other guests as they tried to entertain the king.

OTHER NEWS:  Actress, Nkechi Blessing REVEALS Her Secret To Her Stunning Curves

However, the actress’ dance steps stood out as she was seen shaking her big backside in front of the Yoruba monarch.

In the viral clip, NBS made sure to hold her outfit to enable her dance better in front of the king.

Not stopping there, the movie star also noted that the Ooni later thanked her for making the event interesting.

The video of Nkechi Blessing shaking her behind in the Ooni of Ife’s face soon spread on social media, and it got a number of people talking, including her ex-boyfriend, Opeyemi Falegan.

OTHER NEWS:  Why I Don’t Joke With My S£x Toys” – Actress Nkechi Blessing Reveals

Taking to his Instagram story, Falegan appeared to throw shade at the actress.

See the video and a screenshot of his post below:

A post shared by The Tattle Room 🇳🇬 🌎 (@thetattleroomng)