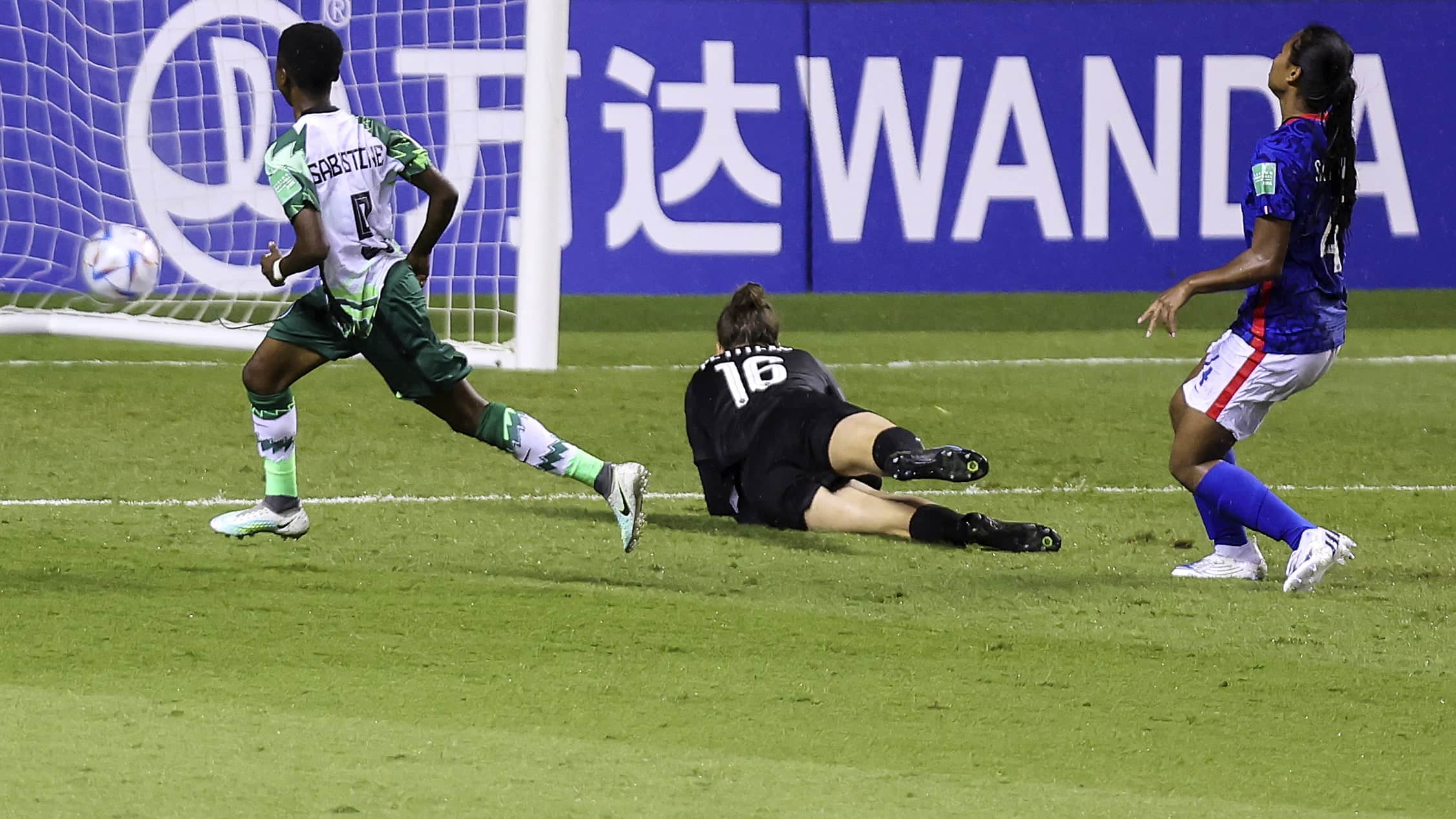 The Falconets of Nigeria clenched a deserving narrow victory against France on Friday morning in their opening Group C match at the ongoing U20 Women’s World Cup in Costa Rica.

The French held the Nigerians to a goalless draw in the first-half at the National Stadium, San Jose. But, striker Flourish Sabastine broke the deadlock for the West Africans in the 85th minute.

Le Bleu thought they had taken the lead in the 79th minute after substitute Nassi scored for the French ladies. However, referee Gonzalez ruled out the goal after a VAR review showed that the Nigerian keeper, Oyono was fouled in the build-up to the goal.

Moments later, Sabastine scored the match-winner for Falconets after firing into the French net off Mercy Idoko’s pass.

Nigeria have participated in all nine editions of the competition, losing at the finals twice to Germany in 2010 and 2014.

Falconets will now face South Korea in their next group match on Sunday, August 14, 2022.