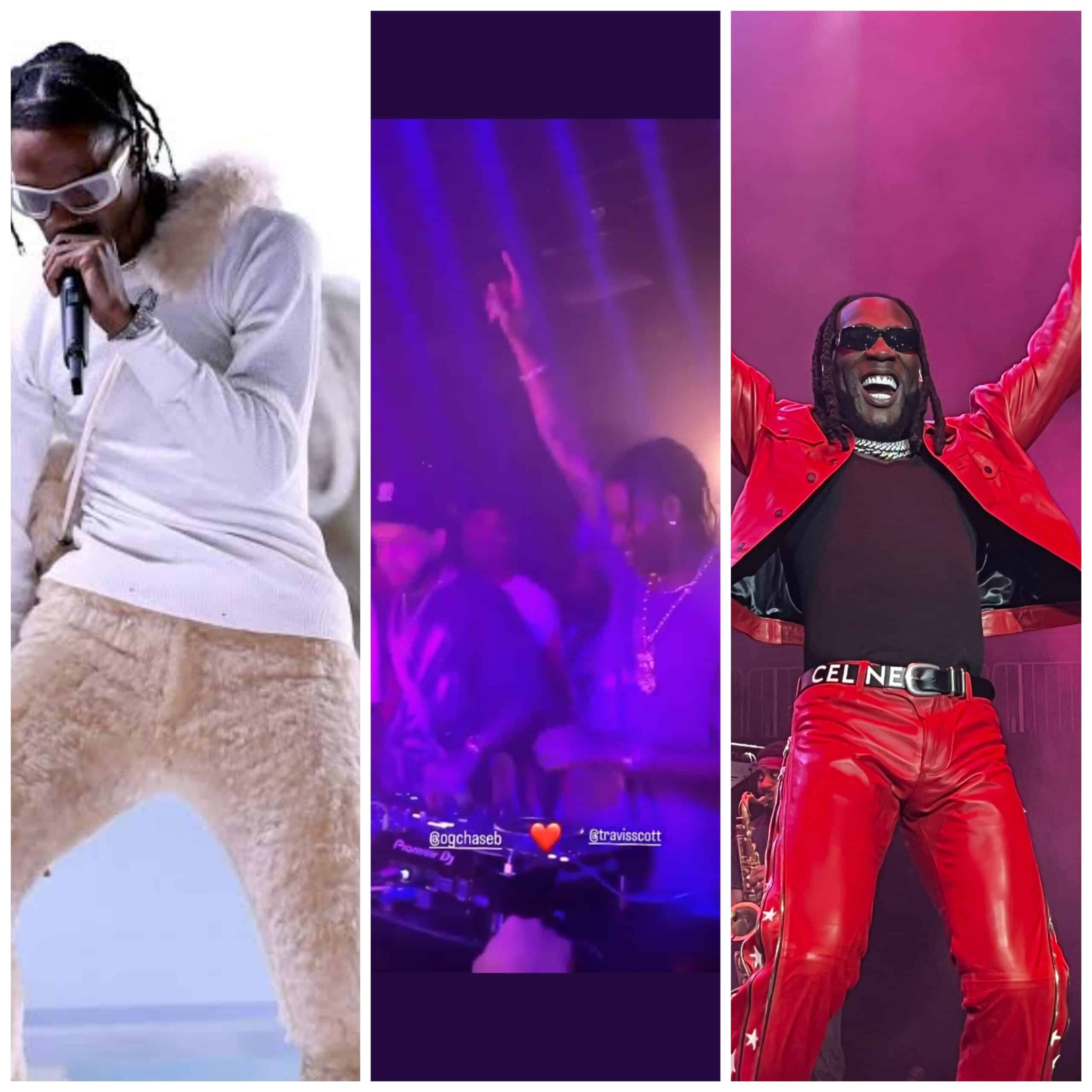 This is as the ‘Highest in the room’ crooner was spotted DJing ‘Last Last’ by Burna Boy at the after party of his sold-out O2 concert in London, United Kingdom.

The rapper played a two-day set at London’s most famous arena, the O2 Arena, and after the concluding leg on Sunday, held an after party at Tape London.

Travis while DJing alongside Chase B DJs, played ‘Last Last’ by afrobeats singer, Burna Boy and the audience went gaga.

Wothappen earlier reported that Travis Scott brought Nigerian singer, Davido on stage on the second night of his O2 Arena concert, a day after Wizkid was spotted snapping backstage with the rapper.

David thrilled the elated audience with a medley of his 2017 hit singles ‘If’ and ‘Fall’.

The audience were seen in one of the videos from the event making the rounds on social media, vibing and singing the songs word for word.