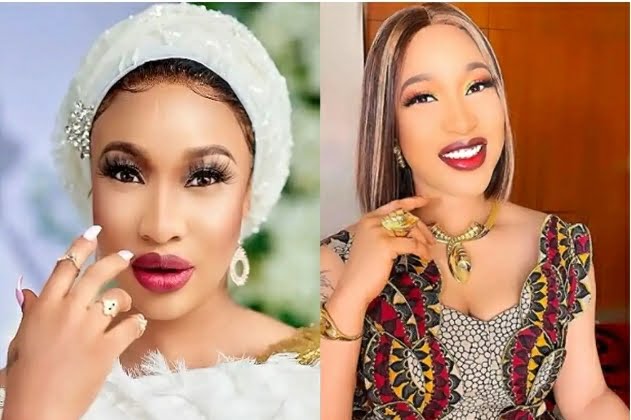 Tonto Dikeh, who is divided between refunding money for an ad she opposes and doing the commercial and encouraging Nigerian youths to leave the nation, has acknowledged that money is the source of all evil.

Tonto Dikeh, the current youth director, is torn between placing an ad encouraging young people to leave the nation and completing her job as a youth director, or declining the offer and refunding the money to the person who placed the ad.

Someone called her for an advertisement, and she didn’t ask any questions; instead, she simply told the person the pricing, and 5 minutes later, the person paid 1.5 million dollars, and the ad stated that you migrate with your children to another location.

She went on to say that her office, where she works as a youth director, is against it, and she’s now torn between refunding the money and just ignoring the ad because refunding 1.5 million dollars isn’t easy.

Tonto Dikeh then went on to say that money is indeed the root of all evil, as she is undecided whether to refund the money, which she is having trouble doing in the first place, or take the 1.5 million and simply post the ad.

‘Don’t Broadcast Your Intentions,’ says Reno Omokri to those who like to make their intentions public.