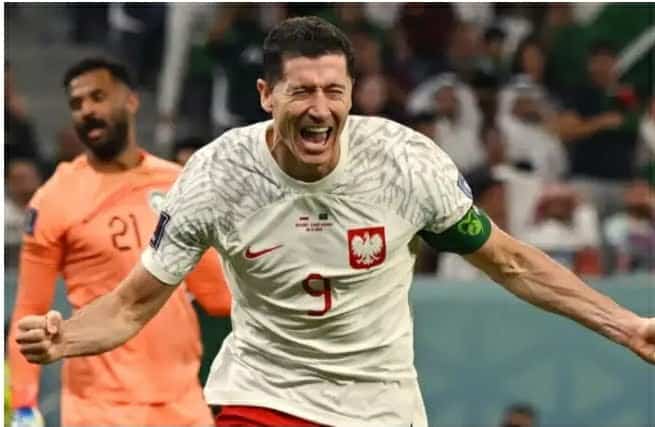 Lewandowski also stated that this might be his last World Cup.

The Barcelona striker finally got his first goal at a World Cup finals as he doubled Poland’s lead 82 minutes into the Group C encounter.

“I’m aware that this may be my last World Cup,” he said. “Already during the anthem, singing the national anthem, I felt the emotions inside me. I wanted not only to be remembered for being at the World Cup, but for scoring goals there too. I always fought hard for a goal at the World Cup and today, I managed it.”

OTHER NEWS:  Is Millie Gibson Gay? Does She Have A Partner? Corrie Actress Teases Some Dating Facts

He added at a press conference: “During the game after we scored, everything that I had inside, the dreams and the importance of the goal and how I scored it, all those dreams from my early childhood were just fulfilled, they came true and it was so significant.”

Poland now has four points from two games and is in a solid position to advance to the next round ahead of their last group stage game on Sunday.