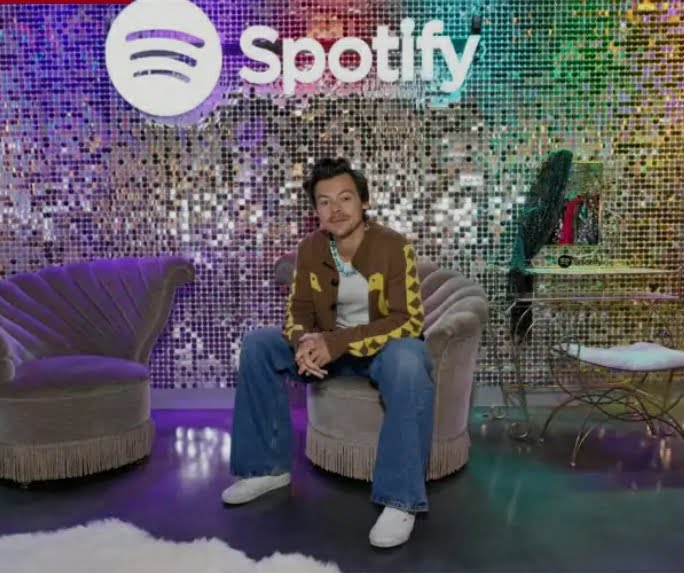 The Wrapped experience has landed for users across the world and it’s revealed the most streamed song and artist on Spotify in 2022.

The steaming giant’s annual feature reveals the songs you’ve played the most over the year, whether they’re bangers or guilty pleasures – there is no hiding.

The feature not only gives users their personal top songs and artists but gives us all a peek into what and who we’re listening to across the globe collectively.

The song of the summer is taking the top spot as the most streamed song globally, this is none other than Harry Styles; hit As It was. The album the song featured on, Harry’s House, also made it to the most streamed albums.

British indie rock band Glass Animals’ track Heat Waves came in as the second-most-streamed song of 2022 and it was the Australian artist The Kid LAROI’s collab with Justin Bieber on STAY that made it to number three on the list.

Bad Bunny got both fourth and fifth spots with Me Porto Bonito featuring Chencho Corleon and Tití Me Preguntó.

For the third year in a row, Bad Bunny topped the list as the most streamed artist on Spotify for 2022 after first taking the top spot back in 2020 – this is something no other artist has done before and to celebrate Spotify even turned the heart button on Spotify into the singer’s custom red-heart icon.

Taylor Swift may have only dropped her tenth studio album in late October but Midnights helped push her into the second spot on the list.

OTHER NEWS:  What Health Condition Is Jamie Campbell Suffering From? Disease & Illness Update

Swift may be the second-most-streamed artist of the year globally, but she is the top artist in Australia, the U.K., Ireland, Malaysia, the Philippines, New Zealand, Qatar, Slovenia, and Singapore.

HOW DOES SPOTIFY WRAPPED WORK?

With the personalized music experience finally here Spotify’s 456 million listeners across the world can take a deep dive into their year.

The Wrapped experience works by Spotify tracking what users have been listening to between January and October – November and December aren’t counted, so get your cringe songs in now.

The feature not only tracks the songs, but all the listening habits of the user so users can learn about their “listening personality.”

WHAT IS OTACORE ON SPOTIFY? MEANING BEHIND MYSTERY GENRE EXPLAINED