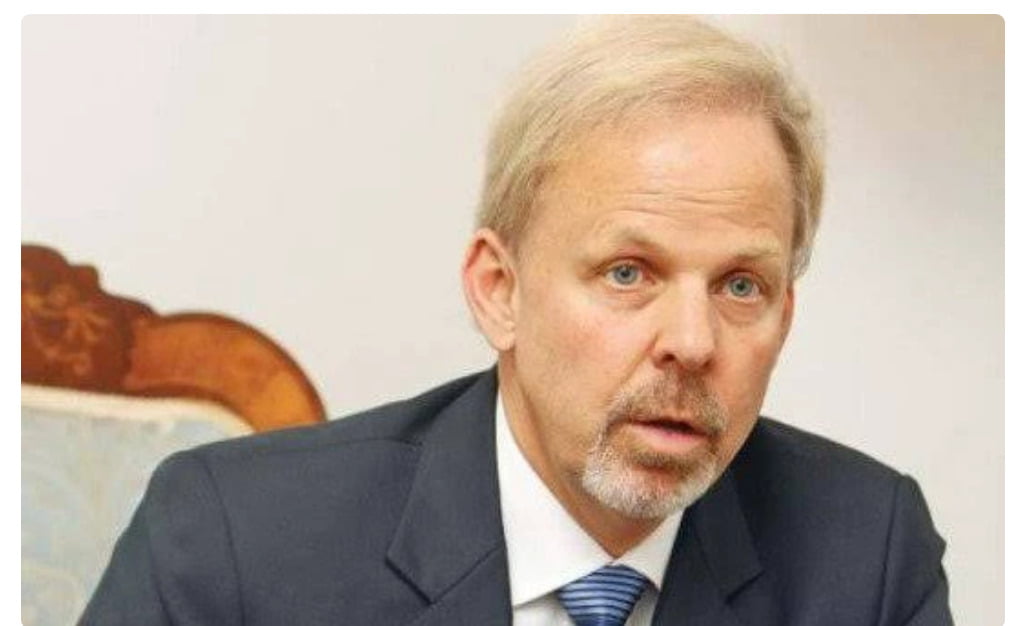 A Doctor named Dr. Robert Young has been trending online after he called on his fellow whites, insisting that Africans should be killed.

In the video you could hear the Doctor stating very clearly that about three billion people need to be gotten rid off, and further emphasized that Africans need to die because he thinks they are worthless and don’t make any contributions to humanity.

In his speech, Dr. Robert Young made reference to a similar statement which was earlier made by Bill Gates, sometime last year, while he deliberated on his reasons why Africans should be killed.

Due to this development, many reacted to this video which went viral on social media platforms, as a lot of people condemned his speech. Bloggers also took the liberty of digging deep into his past and made several shocking revelations about him.

One of such revelations include a story of how Dr. Robert Oldham Young, was convicted in 2017 for practicing medicine without possessing the required qualifications. As a result of his court case, Dr. Young was ordered to pay $105 million to a certain woman named Dawn Kali.

Dawn Kali sued Dr. Robert Young in 2015, in a San Diego superior court with the allegations of fraud and negligence, when she claimed that he posed as a qualified medical expert and adviced that she should ignore traditional medical treatment, but sought treatments based on his alkaline theories.

In 2018, the court ruled in favour of Dawn Kali, reaching a verdict that even Dawn Kali never expected but was all in her favour. Meanwhile, Dr. Robert Young was so angered that he stated in his own words – “It’s one tenth of a billion, it’s totally outrageous”, according to him.

Following the verdict of the court which led to Dr. Robert Young’s incarceration, he ended up spending a few months in prison despite haven to pay Dawn Kali $95 million for the suffering and pain which he caused her, and $15 million for punitive damages which totals a whooping sum of $105 million.

Considering the case between Dr. Robert Young and Dawn Kali, and the present viral video of his speech concerning Africans, one might conclude that this doctor has no idea of what he does or say, as he already has a history trail of carelessness, despite being the author of bestselling pH miracle books.

In conclusion, now is the time for Africans to stand up and show their worth to the world and most especially to the likes of Dr. Robert Young, because if we look back to during the time when blacks were captured or sold as slaves, it is with no doubt too evident that the blacks were probably the major contributors to what is perceived today as a developed nation in many western countries, because without the blacks who did most of their labour works in the early days, even they the whites couldn’t have achieved this much.

I stand to be corrected in the comments section if you feel otherwise. Please send in your contributions and thoughts on what you think about his open speech about why the blacks should be killed, because this matter should be taken as a top priority so we don’t wake up one morning finding ourselves where we ought not to be considering these threats of extermination.

Bolu Akin-Olugbade: The Nigeiran Billionaire That Died Today, See Photos Of The Exotics Cars and Mansion He Left Behind