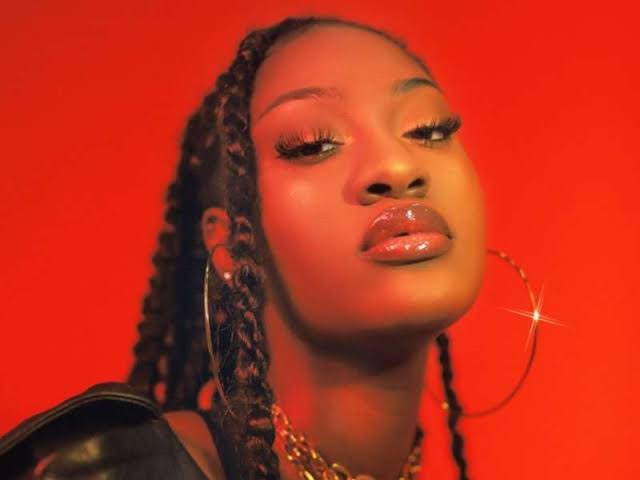 Nigerian singer-songwriter, Temilade Openiyi, popularly known as Tems‘ growth in the last few years has been a phenomenon. From that relatively unknown Lagos-based Alte singer who sang ‘Try Me’ in 2019 to the top of the Billboard chart, and the Grammys In a space of two years – and she is only just getting started!

Since hitting the global reckoning in 2020 -thanks to her feature on Wizkid‘s monster hit record ‘Essence’- Tems has never left the International headlines. She is always in the news; be it an international collaboration with a pop heavyweight, a review by a globally-acclaimed music buff, Barack Obama’s playlist, etc.

Unlike most Nigerian artists, Tems did not “blow” locally before going International. It was her International achievements that won her local fans.

Today, Wothappen takes a look at various times Tems has proved she is a global force.

‘Essence’, Song of the summer!

During the heat of the global pandemic, when the world was on lockdown, Tems-assisted ‘Essence’ held America down. The song which originally arrived on Wizkd’s ‘Made In Lagos” album in October 2020, soon became the theme song of 2021 summer, with the release of the music video in April, 2021.

It was Tems’ scintillating voice that captured the hearts of Americans.

Soon, Canadian pop royalty, Justin Bieber declared it “Song of the summer”, and jumped on a remix. And the song skyrocketed to Billboard Hot 100 top 10, peaking at number 9.

Tems became the first female Nigerian musician to debut on Billboard hot 100 and the second Nigerian to reach the top 10, after Wizkid.

The biggest pop star of our generation, Drake announced Tems’ feature on his album ‘Certified Lover Boy’ in a special way; “Hey Nigeria, Tems is on CLB,” read a billboard advert displayed in Lagos in September, 2021.

Tems was featured in the sensual hit ‘Fountain’ which peaked at 26 on the Billboard Hot 100 chart, further consolidating her International stardom.

Top of the Billboard chart

Two BET Awards in a night

Tems made history at the 2022 BET Awards ceremony in L.A, as she became the first African to win two awards in one night in the history of the award.

She won ‘Best Collaboration’ for ‘Essence’ and ‘Best International Artist.

There were many exciting things about the trailer of ‘Black Panther: Wakanda Forever’ -the sequence to the 2018 movie ‘Black Panther’- one of them was Tems’ beautiful rendition of Bob Marley’s ‘No Woman No Cry‘ soundtracking the movie.Tems’ melancholic voice sent fans into wild jubilation and anticipation.
The full song was released by Marvel in the ‘Wakanda Forever Prologue’ EP on 25th July, 2022.

• Tems is credited as a songwriter “Move” by American pop royalty, Beyoncé. The song is expected to arrive with her forthcoming album “Renaissance”.

“Use your head and stay humble” Singer Benkrezt advises Portable