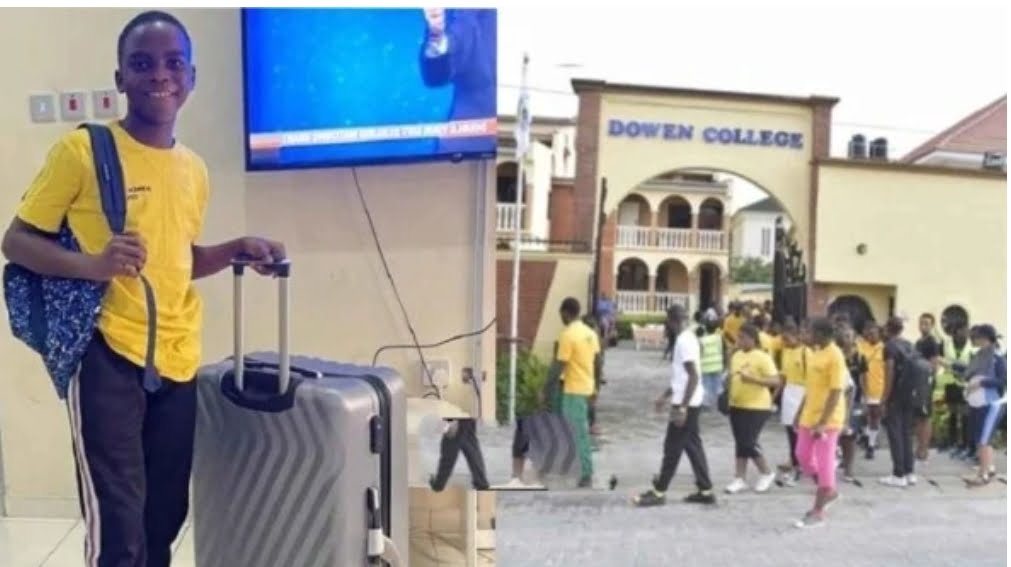 Nigerian celebrities have taken to the streets to call for justice in the death of Sylvester Oromoni Jnr, a 12-year-old student at Dowen College in Lagos.

Reports had surfaced that Oromoni, a fellow student, had been tormented and physically abused. According to @perrisonoromoni, who claimed to be the boy’s cousin, he died as a result of the alleged injuries he sustained during the beating.

Although the school issued a statement on Wednesday saying that Oromoni was not tormented or abused but only complained of hip pain after playing football, the charges were refuted.

The victim’s cousin provided images and video footage that contradicted the school’s allegation that the boy was not bullied or beaten; a behavior that could have resulted in his death, according to the cousin.

As a result of the student’s death, Lagos State has ordered the school to be closed indefinitely until the inquiry is complete.

“Dowen college must pay for this #justiceforsylvester,” the actor said in an Instagram video he posted.

“The Governor of Lagos State, our dear Babajide Sanwo-Olu,” he stated in the video. Another task awaits you after the EndSARS demonstration and the report.

“The case of Sylvester, your kid, who is 12 years old, cannot be ignored. Only closing the school will not suffice in this case.

“Do not – Your Excellency – Do not allow people to take the law into their own hands. It’s something that should be brought to book immediately. Thank you, Your Excellency.”

Still referring to the closure, actress Mary Lazarus said the next step would be to fish out the parents of the students involved in the act.

She said, “Next step: Fish out the parents of the students involved in the act. They must provide their children. If true that two of the accused have been flown out by their parents, they can be repatriated.

“Treat their parents specially because they are as evil as their children. They are the real culprits.#lettheinvestigationbegin #justiceforsylvester”

In a stunning new photo, Tracey Boakye shows off her immaculate beauty.