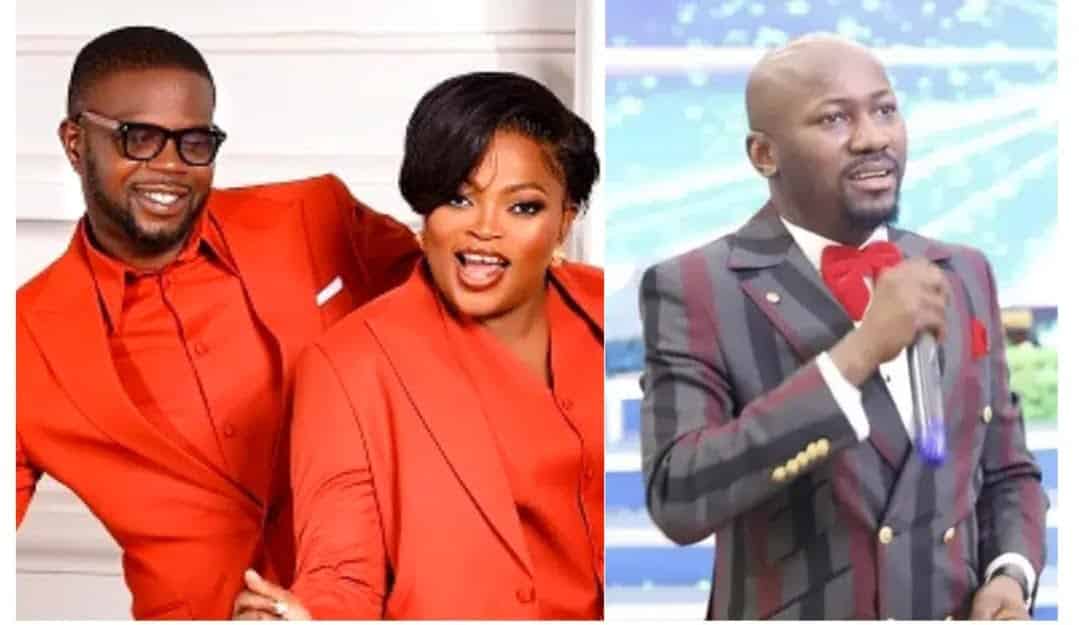 Nigerian clergyman, Apostle Suleman expressed signs of exhaustion and irritation over the incessant narration of stories by people especially public figures who break up after a failed marriage or relationship.

Nigerians in the past few days have seen an eruption of marriage crashes by popular Nollywood actresses and actors.

Chacha Eke announced the dissolution of her marriage to Austin Faani less than 72 hours ago Funke Akindele’s husband, JJC Skillz has also officially confirmed the marital crisis, and they are currently separated to focus on their private lives.

According to JJC Skillz, their marriage which lasted for 7 years, has seen ups and downs, however, the past three years has been very difficult for them.

He acknowledged that Funke Akindele had requested him to leave and had rejected all attempts at reasonable contact...

Reacting to this, Apostle Johnson Suleman took to his Twitter page to issue a warning to celebs that they should stop disturbing the populace with their break-up stories and asked them if they shared the good moments they had whilst in marriage with the populace.

See some reactions to Apostle Johnson Suleman’s tweet below;

@thebrandvoice wrote; As in ehn…Very annoying …Like what are you trying to achieve? or you are trying to portray marriage and relationship doesn’t work or is a scam or what ..Nobody can poison my mind against marriage because mine will work in Jesus name.

@callmeneky wrote; ‘This man always finds a way to trend for the wrong reasons 😢😢. Can he just find a topic to preach on a pulpit for us to agree with for once? 😢😢’

No Matter How Hungry You Are, Don’t Become A Wife to a Woman – Sososoberekon Shades JJC Skillz Over Marriage Crash