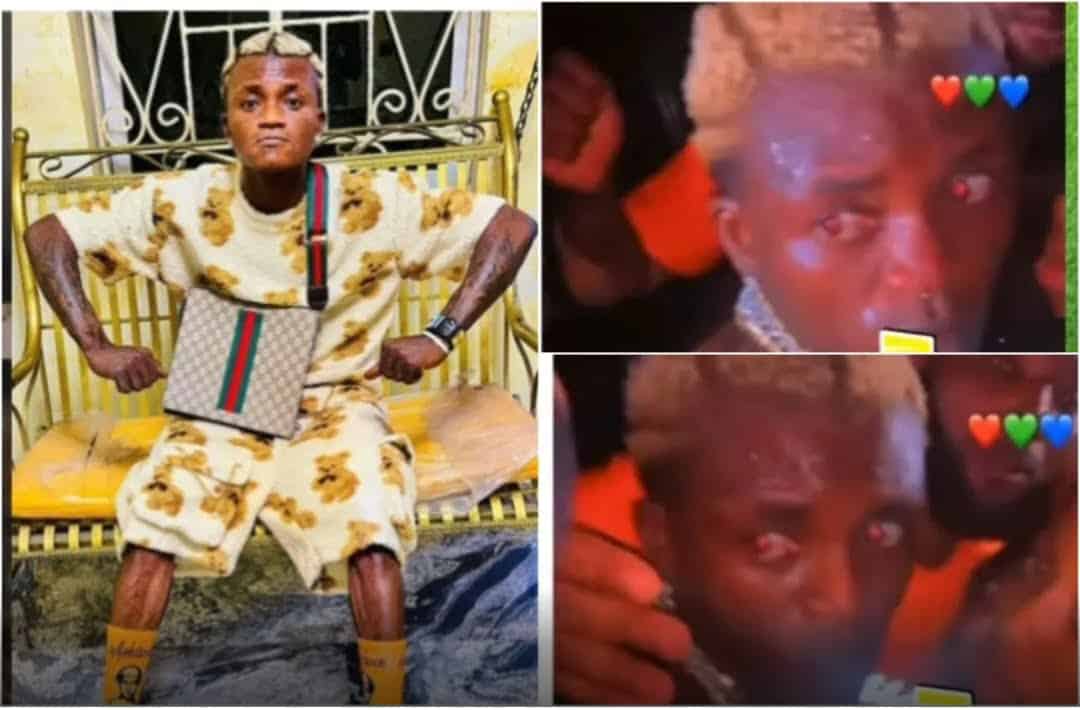 The controversial singer took to his social media page to rant about how he formed the infamous Ajah and One million boys in Lagos….

Although the post appeared to be deleted from his social media page, it is obvious that Portable has landed himself in trouble for making such a declaration publicly.

Wothappen recall that the popular one million boys were reported to have caused chaos in Lagos state and its environs during the one-month total lockdown for Covid-19 prevention in 2020.

Reacting to this development, Nollywood stars such as Yemi Solade and Remi Surutu called Portable to order for ranting on social media about his statement that could lead him to jail.

Therealremisurutu: Portable I don’t know who is behind u I hope u know u can be jailed for this

eniitan09: If too much doings was a person

cocodayspa1: The guy will get himself into a big trouble with this his mouth ooo.

partypeoplenigeria: This isn’t something to be proud of dude. Rest.

funmilayoadisa1: He will use his mouth to ruin himself

williamjihpiy: Shey dem no suppose arrest this one like dis?? Smh Ina Sane Country he should be arrested on sight

endeevisuals: Capping yourself into big trouble

__oba_lucious: This one go use him mouth koba himself…Na blogger go help you koba you more

OTHER NEWS:  “My Papa No Be Rich Man, I Made Him Rich”: Portable Zazu Shades Davido for Unfollowing Him Over Osun Politics

Wothappen recalls that the Ogun state police command ordered Portable to report himself to their nearest station over his unruly, violent and barbaric action.

This was after Portable was captured in a viral video organizing some youths to beat up a young man and inflict injury on him.

“The flagrant display of impunity by portable in the viral video is condemnable and if not checked, it will send a wrong signal to the youths who are looking up to him as a role model,” the police command declared.