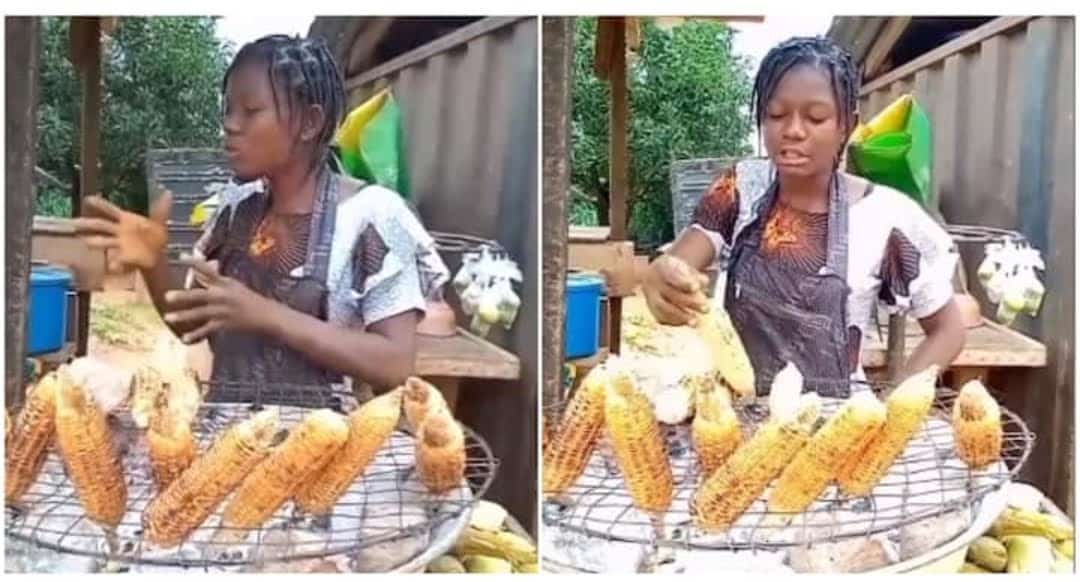 A Nigerian man, Francis Ngozi, has taken to LinkedIn to appeal for an intelligent and articulate corn seller named Blessing.

According to Francis, Blessing scored 279 in JAMB and desires to read medicine at the university, but a lack of financial wherewithal meant she had to be selling corn to make ends meet at least.

Blessing proffers a solution to the insecurity in the north

Francis said he was thrilled by how the young lady spoke and shared a 5-minute video on LinkedIn of her dissecting the cause of insecurity in the north and proffering a solution to it.

Blessing in her argument posited that the main reason for the rising insecurity in the north was a lack of education.

According to her, an uneducated average northerner is like a gun in the hands of selfish politicians and terrorists as they have no mind of their own due to a lack of education.

She lamented that the number of out-of-school kids in the north is on the high side compared to other regions of the country.

Her solution to nipping insecurity in the bud is simple – education.

Francis said Blessing sells corn to support her mum. He furthered that such a bright girl shouldn’t be allowed to waste away selling corn.

“Such brains, I think need to be cultivated and harvested. Let the economic condition of her family due to bad governance not be any further hindrance to the actualization of the great potentials in her. Pls let’s help her,” he appealed.

“Sound mind.. her approach and objectivity is humane.

“I think scholarship would go a long way in shaping her further.”

“I dare say that Africa is not in short supply of the intelligence she needs to develop. This young woman has just analogized one of those sensitive and topical issues in Nigeria.

“Articulate, Bold, intelligent, and so much more.”

“I haven’t listened yet, and Blessing wanting to go to school is admirable, but there’s hardship all over the world, in Nigeria and outside it, and not every situation is as a result of a bad country. I needed to say this cos i choose to believe my country isn’t always the problem.”

“May God help her so she can achieve her desired dreams.

“Many children are out there scoring low jamb scores even with their parents having the funds to sponsor them to school but that’s how life and nature is anyways.

5 Reasons You Need to Stop Stressing About React Course

In This School Boys Wear Skirts | THIS IS WHAT HAPPENED.