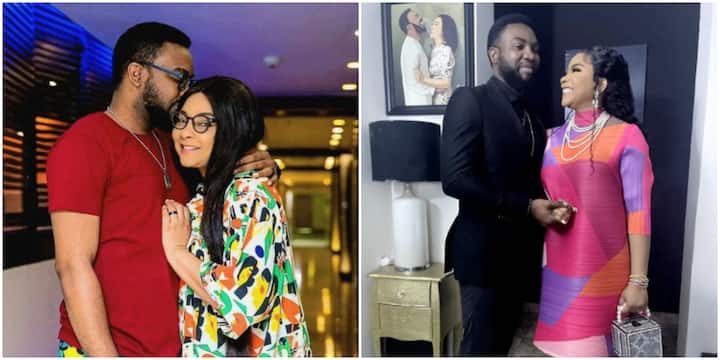 Popular Nollywood actor, Ibrahim Suleiman, has shared the funny story of how he zoned himself despite his feelings for his colleague turned wife, Ihuoma Linda-Ejiofor.

Taking to his Twitter page, Suleiman shared that it had taken him several months to realise that Ihuoma actually had feelings for him.

According to the actor, he always regarded her as someone who was way out of his league so he decided to self-zone and remain her homie.

The film star however concluded his post by admitting that doing that was a clown move.

“It took me monthsssss to realise that Ihuoma had feelings for me, because I was so sure she was out of my league. I even self-zoned myself as her homie.”

He added that she wanted to drop kick him when he finally realised she liked him.

Ngozi Nwosu Shares Ordeal: I Couldn’t Walk After I Fell And Lost Consciousness

Naira Marley reveals who in life you should pay special attention to.