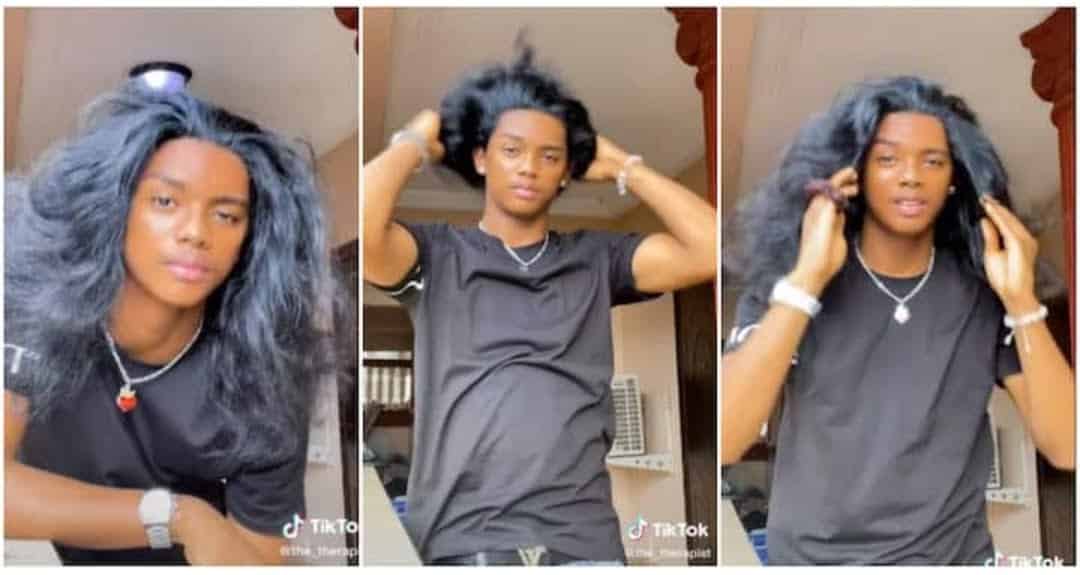 Social media users have reacted to a viral video of a young man with natural long hair.

The proud young man identified as Jacob Evangelista had taken to his TikTok account to show off his hair, which appeared to be in response to peeps who had always wanted to see its full length on display.

The handsome lad bent and pulled back his head like a model posing for a photoshoot as he spread his hair to show it is natural.

The clip blew on the social media platform with thousands of views and over 100k likes as of the time of making this report.

People praised his hair and wanted to know his secret. Some ladies gushed about his appearance and how perfect the hair looks on him.

“If my hair was as long as this..I won’t add any attachment…ur hair is lovely sweedy.”
Andrace said:

“From a jealous point of view even if you have beautiful hair we are all going to die heaven is the goal.”
Kizzy Jex said:

MORE:  Latest senator STYLES that you can try this march 2020. (photos)

”See hair am even saying I have the best hair not until I see this, now am jealous.”
beatricelee198 said:

“Some girls are so lucky imagine this boy has a girlfriend.”

She Says She Wants To Study Law”: Nigerian Mum Who Went Back To JS3 After Childbearing Graduates From School