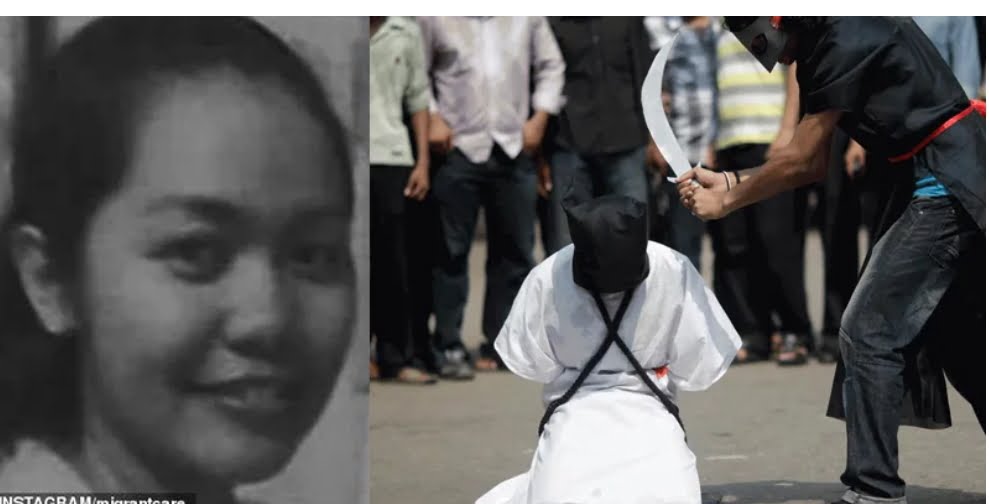 Tuti Tursilawati, an Indonesian maid, was executed in Saudi Arabia for killing her master while he was rapping her.

Tuti Tursilawati, a mother of one, was executed after killing her boss who was rapping her, causing anger in Jakarta.

Tuti Tursilawati was shot and died in Ta’if, Saudi Arabia’s Mecca Province, on Monday. According to officials, the Saudi government failed to alert the maid’s family or consulate employees before she was killed. Indonesia has expressed its displeasure with her execution.

MORE:  Photos of UNIPORT female student who was raped and killed by kidnappers

Saudi Arabia has failed to notify Jakarta before killing an Indonesian migrant worker for the fourth time in three years.

According to the office of Mr Widodo’s cabinet secretary, Mr Widodo said:

We have called Saudi Arabia’s foreign minister and conveyed our protest.

According to the president, the Saudi ambassador to Indonesia has been summoned to discuss the situation.

Ms Tuti Tursilawati was defending herself from being raped, according to the Indonesian advocacy group Migrant Care.