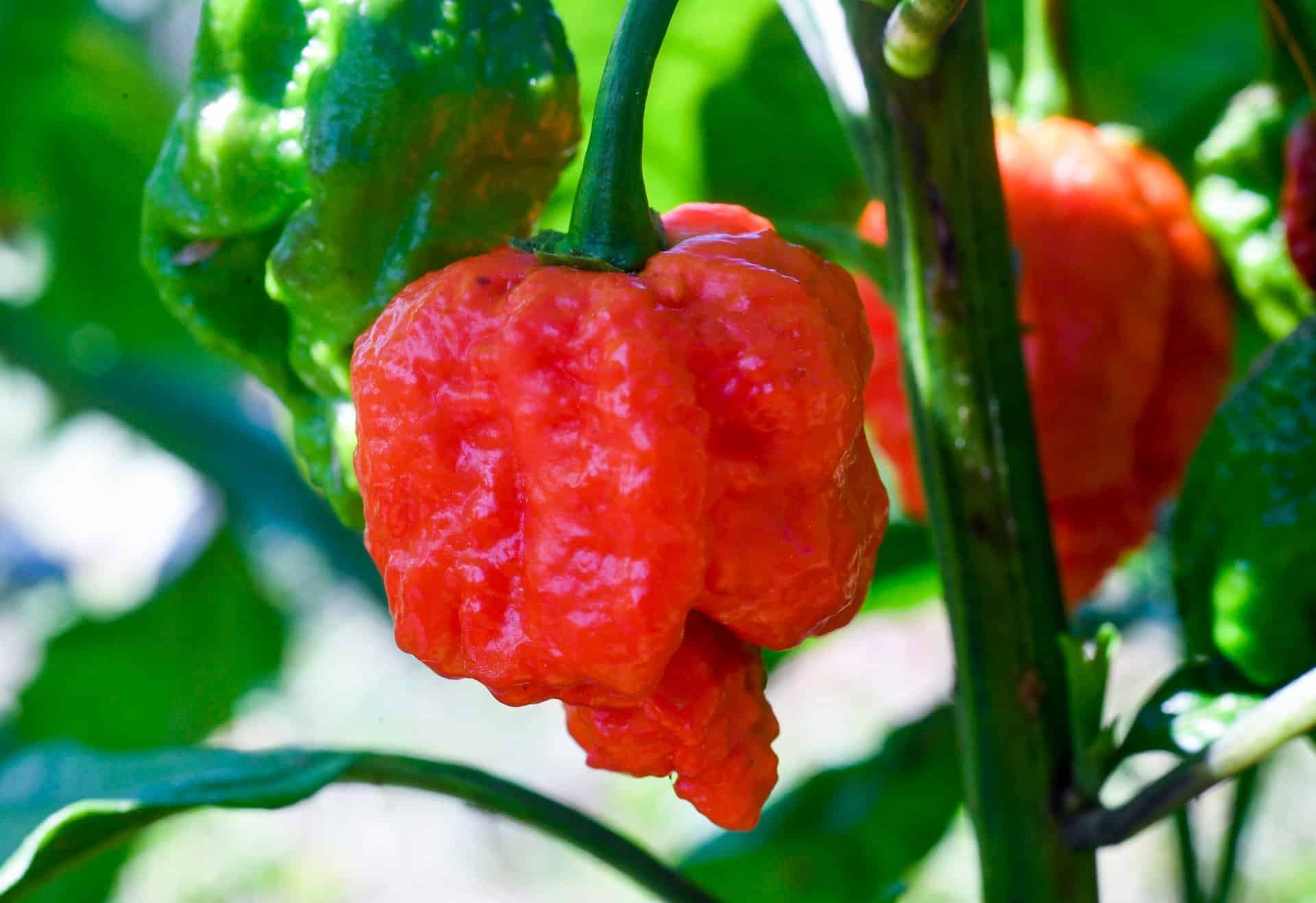 Ryan Reynolds and Steve-O are the current Hollywood duo that fans didn’t know they needed. Their friendship has gone as far as Ryan challenging Steve-O to eat the hottest pepper for a spot for an advert on MNTN.

According to the Guinness Book of World Records, the Carolina Reaper is the hottest recorded pepper in the world. As per Steve-O, it’s the hottest pepper you can “legally” put in your mouth. Thanks to Ryan Reynolds, the actor has verified it.

In order to secure a stop at Ryan Reynolds‘ TV advertising platform MNTN, the Jackass and Beyond stuntman had to do his biggest challenge on television – taking a whole bite of a Carolina Reaper.

However, this is not the first time that the Hollywood personality has gone the extra mile. Last year, he chugged a whole bottle of his own product Gnarly. He finished it up by rubbing it into his eyes.

TRENDING: What is an Outliner? Westworld’s rebellious group explained

If you use Ryan’s MNTN, you have to be ready for a spicy challenge. Is there anything hotter than Steve-O’s oddly named Hot Sauce For Your Butthole? The answer is yes – and the actor is the living proof.

On July 25, the 48-year-old sat down with Ryan to create his own ad for his Hot Sauce For Your Butthole brand. Yes, that’s a real brand. To express the live reaction to the hottest sauce in the world, Steve-O was challenged by spicing it up with a Carolina Reaper.

“I thought I was here to promote my small business using MNTN’s platform,” Steve-O told Ryan after being told the news of the challenge.

Ryan replied in laughter: “You are, but we’d also we also like to see you eat the peppers.” Steve-O, who hesitated to do the challenge at first, accepted the challenge, just because “he loved him”.

After the 48-year-old proceeded to eat the hottest pepper recorded in history. He shortly began feeling the burn and struggled with chewing and swallowing the Carolina Reaper.

TRENDING: Where to buy Mega Millions tickets, how much do they cost, and what time is tonight’s $810 million draw?

Steve-O poured his own hot sauce into his eyes

As we all know from Jackass, Steveo-O isn’t shy about taking on a challenge. However, he does often take things way too far. Last year, the stuntman appeared in the finale of season 14 of Hot Ones. The 48-year-old had returned to the YouTube series after appearing in season 4 back in 2017.

Promoting his then-latest special garnish, Gnarly, Steve-O gave a live demonstration of such product. After surviving all the 10 hot sauces, Steve-O promoted his product by chugging a whole bottle and then rubbing it in his own eyes.

Realizing that the product that had gotten inside of his eye when the spice started to kick in, the stuntman ended the show in the most Steveo-O way possible – whipping his top off and pouring water into his eyes. And the star used the moment to promote another of his business ventures, his podcast Steveo-O’s Wild Ride.

TRENDING: Who is Emily Elizabeth and what age is the Instagram influencer?

It’s very, very hot. The Carolina Reaper holds the title of the Hottest Pepper as ranked by the Guinness Book of World Records, since 2013. A native of Moruga in Trinidad and Tobago, the Carolina Reaper has 2.2 Million SHU (Scoville Heat Units).

How to get tickets for Adele’s rescheduled Las Vegas shows