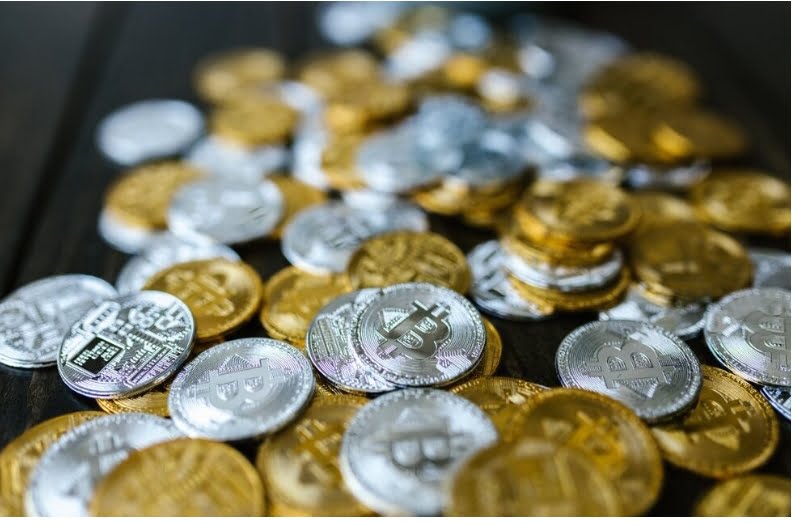 CAR became the first country in Africa to accept Bitcoin as legal money in April 2022.

The country’s parliament officially recognized Bitcoin and other cryptocurrencies as legal cash, making it the second government in the world to do so.

By 2021, El Salvador will have become the first government to legalize cryptocurrencies as a form of currency, allowing consumers to utilize cryptocurrency in all transactions. It has received both positive and negative attention since its inception in 2009, when it ushered in a new wave of digital currencies.

Despite this, its use has continued to rise, either legally or illegally, prompting businesses around the world to consider it as a form of payment. A increasing number of businesses, including Emirates airline, have recently begun accepting Bitcoin as a payment method.

Around $1.7 trillion worth of cryptocurrencies were reported by the World Economic Forum in its latest research. Every 24 hours, it says, cryptos worth $91 billion were exchanged.

Because of a February 2021 prohibition by the Central Bank of Nigeria, cryptocurrency is prohibited in Nigerian. Despite this, Nigerians continue to use it in transactions.

Nigeria’s and other African countries’ crypto markets surged by 1,200% in a year, according to a Chainalysis analysis published in 2021. In addition, the report stated that Africa’s crypto economy was the third-fastest-growing in the globe.

As mentioned in another research, despite CBN’s ban on cryptocurrency, Nigeria was the world’s sixth largest adopter.

At least N316.9 billion worth of Bitcoin was traded by Nigerians in 2021, with over six million crypto transactions and 16,000 transactions per day on Paxful. According to the peer-to-peer platform, Nigeria was the top country on the platform.

BTC and other crypto currencies are becoming increasingly popular, but some experts say that governments should be careful about adopting them. They argued that BTC was never intended to be a kind of legal money.

BTC may become a payment option in Nigeria in the future, but it will never be a substitute for the naira, according to these experts. The CBN’s constitutional mandate forbids it from using it as the Naira, they said.

Nigeria wasn’t necessarily one of the countries that had adopted or was considering taking cryptocurrency as a form of payment, according to their statement.

According to Chimezie Chuta, the founder and coordinator of the Blockchain Nigeria User Group, “This will be in violation of the constitutional requirement of Nigerian laws.” Insofar as legal tender is concerned, only the CBN is authorized to do so by law.

“And today, it is the Naira that has been issued, therefore for you to have an alternative uncontrolled currency to become a legal tender needs to be legitimised by modifying the constitution. That’s something I haven’t seen in Nigeria for a long time.

“Bitcoin can be recognised as a currency of payment but not a legal tender. Although it might become possible for you to use BTC to make transactions that are valid in the eyes of the law, but this is not something I see happening anytime soon because it is very clear that the central bank does not want the infiltration of unregulated kinds of payment instrument in Nigeria.”

Who is Heather Morgan? Ilya Lichtenstein Wife Charged With Crypto Laundering and Arrested.

According to him, BTC was perceived more as a commodity than an instrument of payment presently, and making it a legalised form of payment would be an encroachment on the purview of the CBN.

Chuta added, “Most countries that are adopting BTC are those that have hit the bottom like Venezuela and El Salvador.

MORE:  Facts you need to know about Altcoins

“From a private perspective, one would have thought that what the CBN could have done is not necessarily legalise BTC but have reserve assets in BTC as a form of security against the continuous depreciation of the Naira.  BTC has shown that it has a 200 per cent annual return since it has been in existence for a decade.

“If you compare this with the percentage value of the Naira, you would discover that it would have made some sense if some of our reserve assets are kept in a futuristic asset like BTC. That is the area I will support, but I do not think I will want Nigeria to turn BTC into a legal tender.”

The President of Stakeholders in Blockchain Technology Association of Nigeria and General Secretary of Blockchain Industry Coordinating Committee of Nigeria, Senator Ihenyen, said he was shocked when CAR announced the adoption of BTC as a legal tender.

He said that BTC was not intended to be a panacea for countries’ economic woes or a replacement for their national legal currency systems.

“Not even Satoshi Nakamoto, BTC’s inventor, expects that its electronic cash system would be adopted as the legal tender of any nation, including El Salvador. Nigeria is no exception. The primary idea of BTC is not to replace legal tenders such as the CFA, the dollar, or the Naira. Rather, it is to essentially enable peer-to-peer transactions in any network or ecosystem that wishes to adopt it as a means of exchange.

“In other words, BTC can operate side by side with legal tenders such as a central bank or reserve bank currencies, as well as central bank digital currencies such as the eNaira. Besides, considering the huge BTC adoption in Africa, including Nigeria, the more you attempt to stifle it or resist it, the bigger it becomes.

“This is because BTC and other similar cryptocurrencies thrive in a decentralised space where there is no central authority. So, regulators must see these crypto innovations as complimentary, thus proper regulations should be put in place to address the unique risks they may bring. That’s what regulation is all about.”

Since acceptance of cryptocurrencies, such as BCT, has surged and will only continue to expand, he argues that Nigeria should investigate them for economic growth and global competitiveness.

When Ihenyen spoke about Nigeria, he noted that even though Bitcoin adoption was not an option, the country should be thinking about how to take advantage of the prospects provided by a crypto economy.

He stated that the Securities Exchange Commission had taken the first step to recognise digital assets in Nigeria.

He added that there was a need for a safe and sound financial system, and crypto had the tendency to distort monetary policies.

MORE:  Searching For A Reliable Crypto Exchange? Check These 5 Options

He said, “The need for a safe and sound financial system cannot be overemphasised. I believe this is why the Governor of the CBN, Godwin Emefiele, has been harping on the need for Nigeria to adopt an extremely cautious approach to BTC or cryptocurrency adoption in the country.

“As responsible leaders and players in Nigeria’s emerging blockchain industry and virtual assets sector, we understand these concerns. Cryptocurrency, if not given the attention it deserves, may be easily used in manners that distort monetary policy as well as expose the banking and financial system to money-laundering and terrorism-financing risks.

“But the question is, how Nigeria should approach these risks. Is it by banning or restricting cryptocurrencies in the country’s banking and financial system (as the CBN has done since February 2021) or is it by recognising cryptocurrency as a financial technology innovation that should be regulated? I think the answer is the latter.”

Ihenyen argues that the country should use a risk-based approach in order to properly address regulators’ key concerns.

While some virtual assets, such as stocks, utility tokens, and derivatives fit under the asset category, others are classed as money that can be used as a medium of exchange, a unit of account, or a currency.

The CBN is in charge of deciding whether or not a currency can be accepted. The CBN spokesperson, Mr. Osita Nwanisobi, could not be contacted. A few minutes later, he answered the phone and refused to discuss cryptocurrency, but urged our reporter to text him.

When this report was written, he had yet to answer.

In a hope-offering move, the Securities and Exchange Commission recently recognized crypto as digital assets and issued guidelines. Cryptocurrency remains prohibited in official CBN opinion notwithstanding the SEC’s latest move.

According to the International Monetary Fund (IMF), the use of crypto-assets as national currency poses several dangers and negative consequences. There was a claim that their worth was volatile and uncorrelated with the real economy.

According to the report, the use of cryptocurrency as a national currency would lead to macroeconomic instability, income cutbacks for governments, and a weakened monetary policy.

Since cryptocurrency has altered the global financial environment, many countries are considering issuing their own digital currencies as a retaliatory measure. Global regulation of cryptocurrency has recently been supported by the IMF.

Regulators are being cautious because there is still so much unknown about cryptocurrency. However, the widespread adoption of this product shows how valuable it is to consumers in numerous countries. Regulators are expected to find a method to allow cryptocurrency to flourish in national financial systems as more information about it becomes available.

Despite the fact that many experts believe that cryptocurrencies will not be able to replace national currencies, the financial system needs to accommodate them.