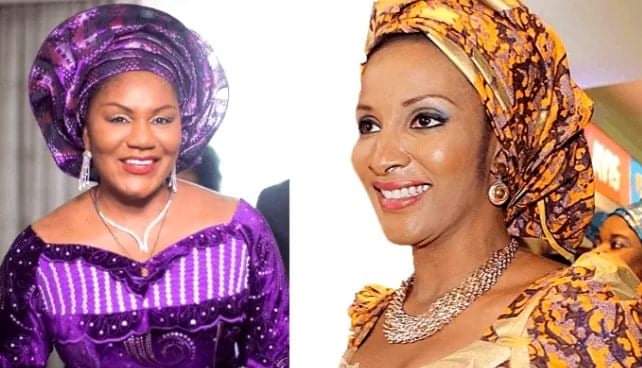 The real cause of the fight between Bianca Ojukwu and Obiano’s wife has been revealed.

Wothappen reports that more facts about the fight that ensued between the wife of former governor of Anambra State, southeast Nigeria, Ebelechukwu Obiano, and Bianca, the widow of late Chief Emeka Ojukwu, have emerged.

This online news platform had earlier reported that Bianca Ojukwu and Obiano’s wife engaged in physical combat on Thursday, March 17, 2022, during the swearing-in ceremony of Governor Charles Soludo at the state’s government house.

The fight, WothappenOnline Nigeria understands began when the former governor’s wife, who was said to have had issues with Bianca, called her a witch.

Obiano’s wife was said to have walked up to Bianca and engaged her in a conversation which led to the fight.

Watch the Video of Bianca Ojukwu slapping Obiano wife below…

“What are you doing here? You said we will never win the governorship and here you are. You are a witch” Ebelchukwu Obiano told Bianca Ojukwu.

Irked with the statement, Bianca instantly slapped her and a fight ensued between them at the VIP stand.

Video of the incident is currently trending on all social media platforms as some Nigerians opined that Obiano’s wife deserved more than the slap she received from Bianca Ojukwu.

It was Bianca Ojukwu who slapped Obiano’s wife, video reveals