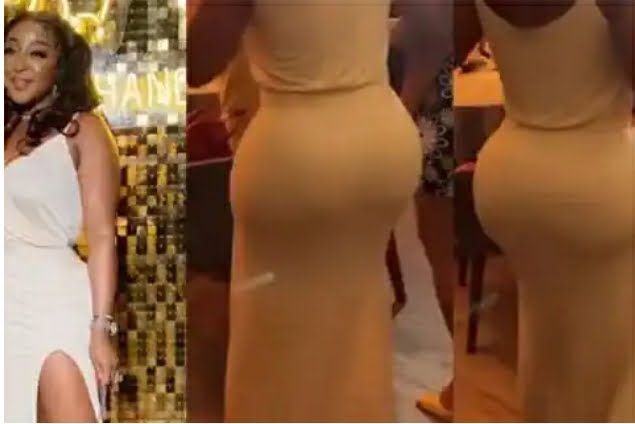 Rita Dominic is rumored to be marrying her lover, Fidelis Anosike, on April 18th, and as part of the pre-wedding festivities, the actress hosted an extravagant wedding shower, which drew some mainstream celebrities.

Ini Edo, on the other hand, stole the show when she wiggled her massive rear in a video that went viral, surprising admirers.

This elicited a flurry of replies, with the majority speculating that she had a medical procedure to augment her buttocks because the size seemed to have expanded correspondingly.

Meanwhile, have a look at what other internet users are saying.

A Nigerian lady cancels her upcoming wedding, claiming that being beaten wasn’t part of the deal.