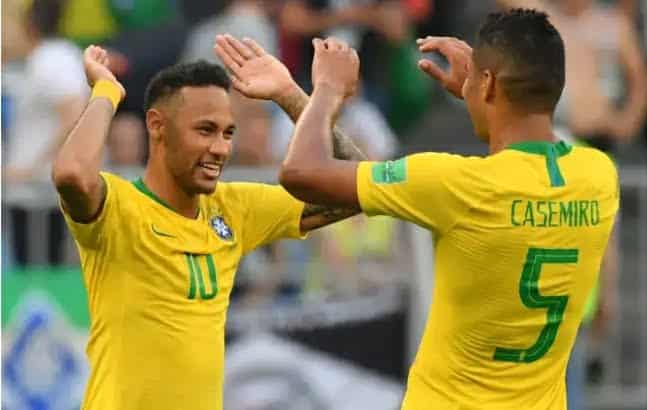 Casemiro believes Brazil can survive without Neymar for the time being, and he expects “the star of the team” to return in time for the World Cup’s final stages.

Neymar k Brazil’s 2-0 victory over Serbia on Thursday to address an ankle ligament injury as they opened their Qatar 2022 campaign.

Both of Brazil’s goals were scored by Richarlison, and the Tottenham striker’s current form is one thing that gives holding midfielder Casemiro motivation.

It remains to be seen if he will recover in time to play in the knockout rounds, but Brazil is hopeful.

OTHER NEWS:  WHAT HAPPENED TO MILEY CYRUS’ VOICE?

Brazilian newspaper Globo cited Casemiro as saying: “If we keep talking about Neymar, we’ll stay here for days, because of his importance.

“He’s the star of the team, who makes the difference. But we have other similar players: Raphinha, Vini [Vinicius Junior], Richarlison. We have a wide range of options.

“Neymar is one of the best in the world, and unfortunately he will not be in the next game but we have quality players to replace him, but of course not at his level.”

Lucas Paqueta of West Ham was mentioned by Casemiro as a player who could start and add vigour in Neymar’s absence.

OTHER NEWS:  EOS is up by 4% today as the EOSIO rebrand is on the horizon

“He is another important player,” Casemiro said. “Very dynamic, modern. He plays outside, inside, false nine.”

Danilo, a defender for Brazil, is currently out as well, but Manchester United’s Casemiro is rooting for both to make every effort to get back into Tite’s starting lineup.

“Danilo and Neymar are working morning, afternoon and night, making the greatest effort in the world. They know they are important,” Casemiro said.

“We have great professionals and health comes first. They will do everything to return 100 per cent as soon as possible.”