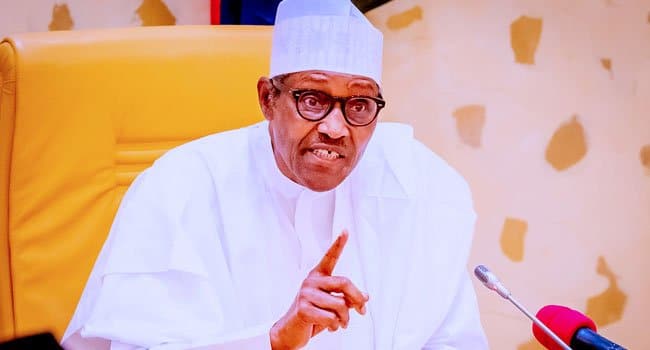 The presidency has reacted to the disturbing threats by some terrorists to abduct President Muhammadu Buhari.

The banditry gang responsible for the abduction of the Abuja-Kaduna train passengers has days ago threatened to kidnap President Buhari and the Kaduna State Governor, Nasir El-Rufai.

Reacting to the threat while addressing journalists shortly after the Federal Executive Council meeting on Wednesday, the Minister of Information and Culture, Lai Mohammed, described it as laughable.

“As to those who have issued threats to Mr. President, I think it’s mere propaganda. It is laughable,” Mohammed said replying to queries on the President’s safety.

On the issue of the call by some opposition Senators for President Buhari to resign over the escalating insecurity in the country,  he said,  “As to the resolution passed by the Senate, it was passed when we were deliberating (at the FEC meeting). We thank them for their patriotism and their concern. But we are working around the clock 24 hours to ensure that the situation is brought under control.

MORE:  As Primate Ayodele announces the list of those who would succeed Buhari, Atiku and Tinubu are absent

“I want to assure you that the President is aware of all these and as a matter of fact, I think tomorrow there’s going to be another Security Council meeting. So, it’s not a matter the President is taking lightly and like I’ll always say some of the measures we’re going to take are not measures that you can discuss openly here, but we’re as concerned as you are, we’re not going to abandon our responsibility.”