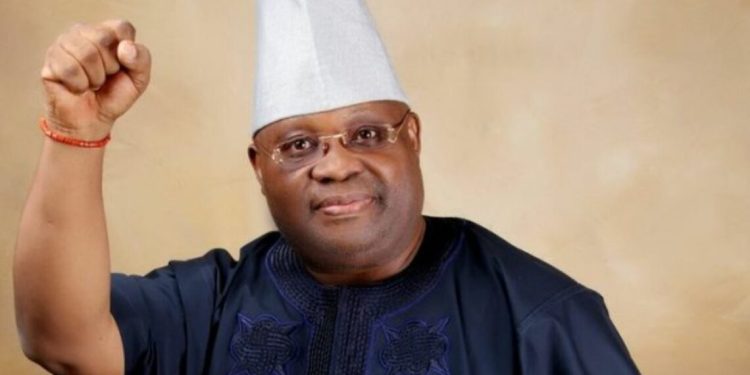 Wothappen reports that Atiku described the PDP winning as a light that has come on Osun state, stating it was a well-fought victory.

Governor of Delta State, Ifeanyi Okowa described the winning of the PDP as a show that the PDP was ready for the arduous task of leading the country come 2023.

Atiku on his Twitter handle said, “Light has come to Osun. Congratulations, Sen. Adeleke, on a well-fought victory. Also, hearty congratulations to the Peoples Democratic Party, PDP, family, and all stakeholders who came together to make this possible, Most importantly, congratulations to the great people of Osun State for proving that power indeed belongs to the people.”

The vice-presidential candidate of the PDP, Dr. Ifeanyi Arthur Okowa, governor of Delta State said, “I congratulate the people of Osun State and my brother, Senator Ademola Adeleke, the @OfficialPDPNig
candidate for a decisive victory at yesterday’s polls.

“This is why, as we prepare for the arduous task ahead, I pray that our party can sustain this drive into next year, as we work to elect Alhaji Atiku Abubakar as the next President of Nigeria.

Wothappen had reported that Senator Ademola Adeleke of the opposition PDP won the incumbent governor Gboyega Oyetola of All Progressive Congress, APC, in the Osun governorship election held on Saturday, July 16.

Adeleke, who polled a total of 403,371 votes in Saturday’s election was declared the winner at the Independent National Electoral Commission, INEC, collation office in Osogbo in the early hours of Sunday.

The governor-elect had lost the 2018 election to Governor Adegboyega Oyetola but returned four years later to unseat his rival, who garnered 375, 027 votes.

HOW MUCH ARE MORGAN WALLEN TICKETS 2023 FOR NZ AND AUSTRALIA GIGS?

TIKTOK MEME’S JAMAL DID NOT DIE, ABRAHAM CLINKSCALES IS ALIVE AND WELL IN 2022

HOW TO GET THE METAVERSE AI AVATAR GOING VIRAL ON TIKTOK