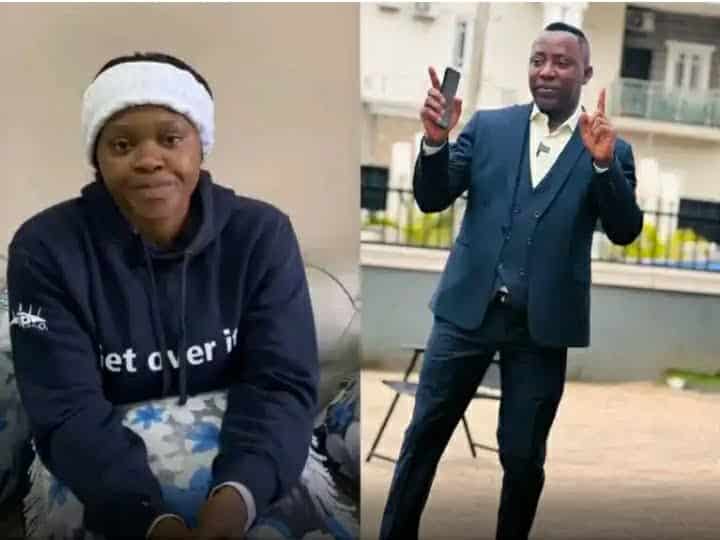 Nollywood actress, Chioma Ifemeludike has continued to throw her weight behind, the presidential candidate of the African Action Congress, Omoyele Sowore.

For the Anambra State born movie star, Sowore who recently lost his grandmother is the incoming President on Nigeria come 2022.

Ifemeludike who has always been a supporter of Sowere brand through her Instagram page further revealed that she would be storming the home town of her Principal for the burial.

She wrote, “I should be at Ese-odo local government with our incoming President @yelesho and comrades at this time of mixed emotions, celebration of life and pain.. Well, everything under the sun has it’s time. A time to enter and a time to exit! These are two important times every human must be conscious of, this realisation must control and influence our everyday living and doings. The grand mother of a Lion is a lioness! Mama you have left to rest in power but your son whom has been nothing but a blessing and gift to humanity remains here to fulfill purpose and destiny. We love you mama Comfort MoyinOluwa Olawoye. May God grant you eternal peace.”

MORE:  BBNaija: Praise Flaunts His One Armed Beautiful Sister On Her Birthday (Photos)

Recall that a few weeks ago, Omoyele Sowore, officially announced a lawyer, Haruna Garba Magashi, as his running mate.

This as he also expressed optimism that his party will defeat the ruling All Progressives Congress and main opposition Peoples Democratic Party during next year’s presidential election.

Sowore, who made the announcement on Thursday in Abuja, said that his running mate has what it takes to deliver Kano, his home state, for the AAC during the 2023 general election.

“We hope to defeat APC over there because the governor has messed up; we know that we will defeat PDP, that’s the party that’s in crisis as we speak.

“We don’t need to talk about the Labour Party in Kano because the party doesn’t exist,” the AAC candidate said.

“We know that we will defeat Alhaji Kwankawso and his party, the NNPP in Kano because we have got someone who is from there.”

The AAC had earlier submitted Magashi’s name to the Independent National Electoral Commission.

‘Is this why you cheated on your wife with house maid?’ – Fans query Paul Okoye over his ‘men don’t love’ statement

If my husband cheats on me with a man, I’ll never forgive him’ – Blessing CEO