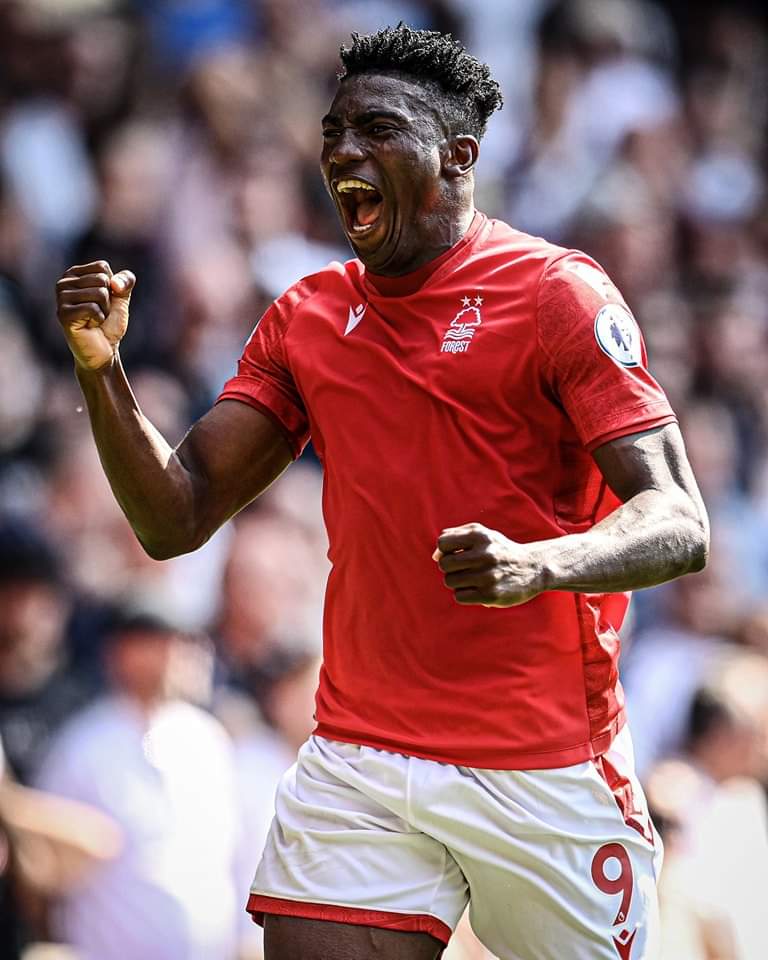 The striker scored the only goal in the tricky trees’ 1-0 home win over West Ham United at City Ground, on Sunday. He scored a brilliant goal in the added minutes of the first-half to give forest their first Premier League victory in 23 years.

Taiwo Awoniyi becomes the 37th Nigerian to score in the English Premier League.

He joined Nottingham Forest for a club-record £17.5m buy from German outfit, Union Berlin this summer.

His compatriot, Emmanuel Dennis who also joined the club recently from relegated Watford is yet to feature for Forest.