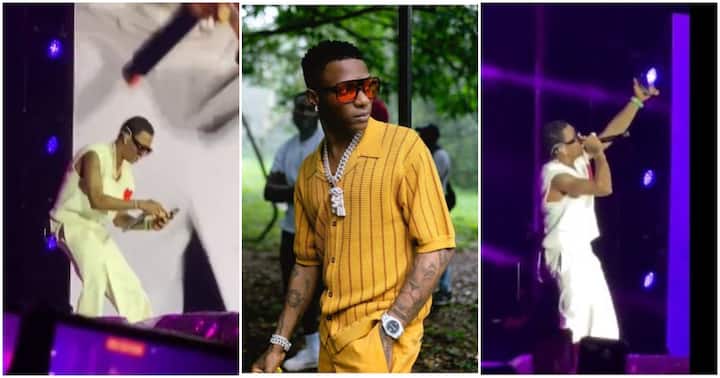 A video from one of Wizkid’s stage performances has gone viral on social media.

The video captured the moment a fan threw his mobile phone at Nigerian music star WizKid to make a video for him.

Wizkid, who was on stage singing his popular song, Essence, surprisingly picked up the phone and went on to make a video with it while singing, which saw him receive applause from the audience.

The Nigerian music star in return, threw the phone back in the direction it had come from and continued with his stage performance.