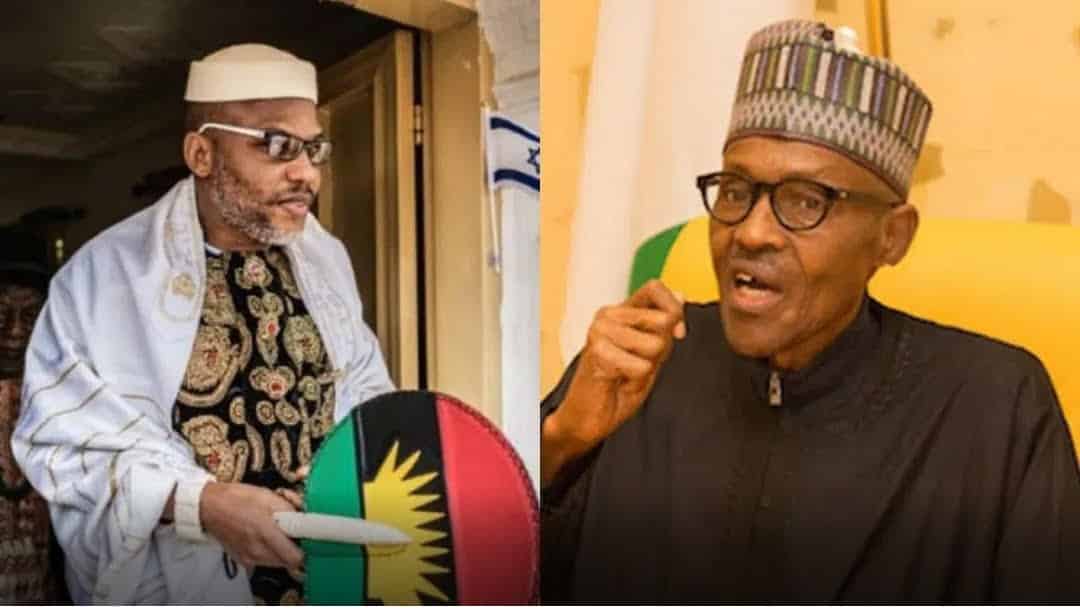 Aloy Ejimakor, Special Counsel to Nnamdi Kanu, leader of the Indigenous People of Biafra, has explained to British Prime Minister Boris Johnson that his client did not jump bail in 2017 as claimed by President Muhammadu Buhari.

Wothappen NEWS recalls that Buhari, during a bilateral meeting with Johnson in Kigali, Rwanda explained that a political solution or bail could not be offered to Kanu as the separatist leader must defend himself in court.

Reacting on Saturday, Ejimakor argued that his client did not jump bail but fled for safety.

He explained on Twitter by quoting a Court ruling in January this year asking the Federal Government to apologise and compensate Kanu over security agents’ attack on his residence in 2017. As such, Buhari could not state that the separatist agitator jumped bail.

“Dear @BorisJohnson: On JUMPING BAIL, the Court ruled that “It is the view of this Court that the Army set out to terminate the life of Nnamdi Kanu. The invasion of his home is so notorious that this Court cannot turn a blind eye to it. He deserves an apology & compensation”. #MNK”

How Ike Ekweremadu’s Arrest Came to Be: The Complete Story