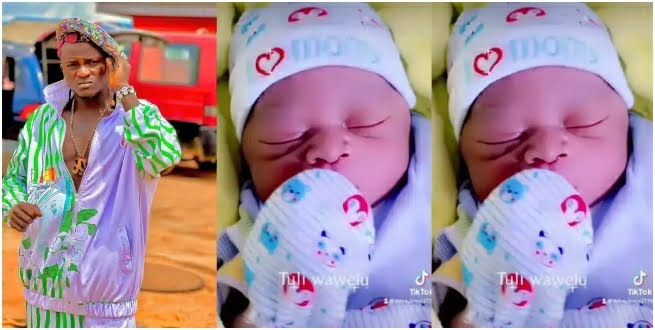 Congratulatory messages are pouring in for singer, Portable following the birth of his fourth child.

Nigerian celebrities have taken to his comment section to celebrate with the new father.

WOTHAPPEN earlier reported that, Portable had welcomed his fourth child with his second wife.

The couple had welcomed a baby boy on Saturday, December 10.

The birth of the baby, was a double celebration for the singer as the day marked his first anniversary in the music industry. Recall that Portable rose to fame and marked his entrance into the spotlight on December 10, 2021.

Rejoicing over the new addition to his family, he expressed gratitude to God for the new gift.

News broke that Portable was expecting his fourth child with a new baby mama.

Controversial blogger, Gistlover shared a video of the new baby mama portable is expecting his fourth child dancing and rocking her baby bump in Portable’s sitting room. According to the blogger, the singer had taken the new baby mama home to introduce her to his wife.

As it stands, the singer who was involved in a fracas at Ijegun after his Range Rover was damaged has three baby mamas; one wife, a babymama and a pregnant girlfriend.