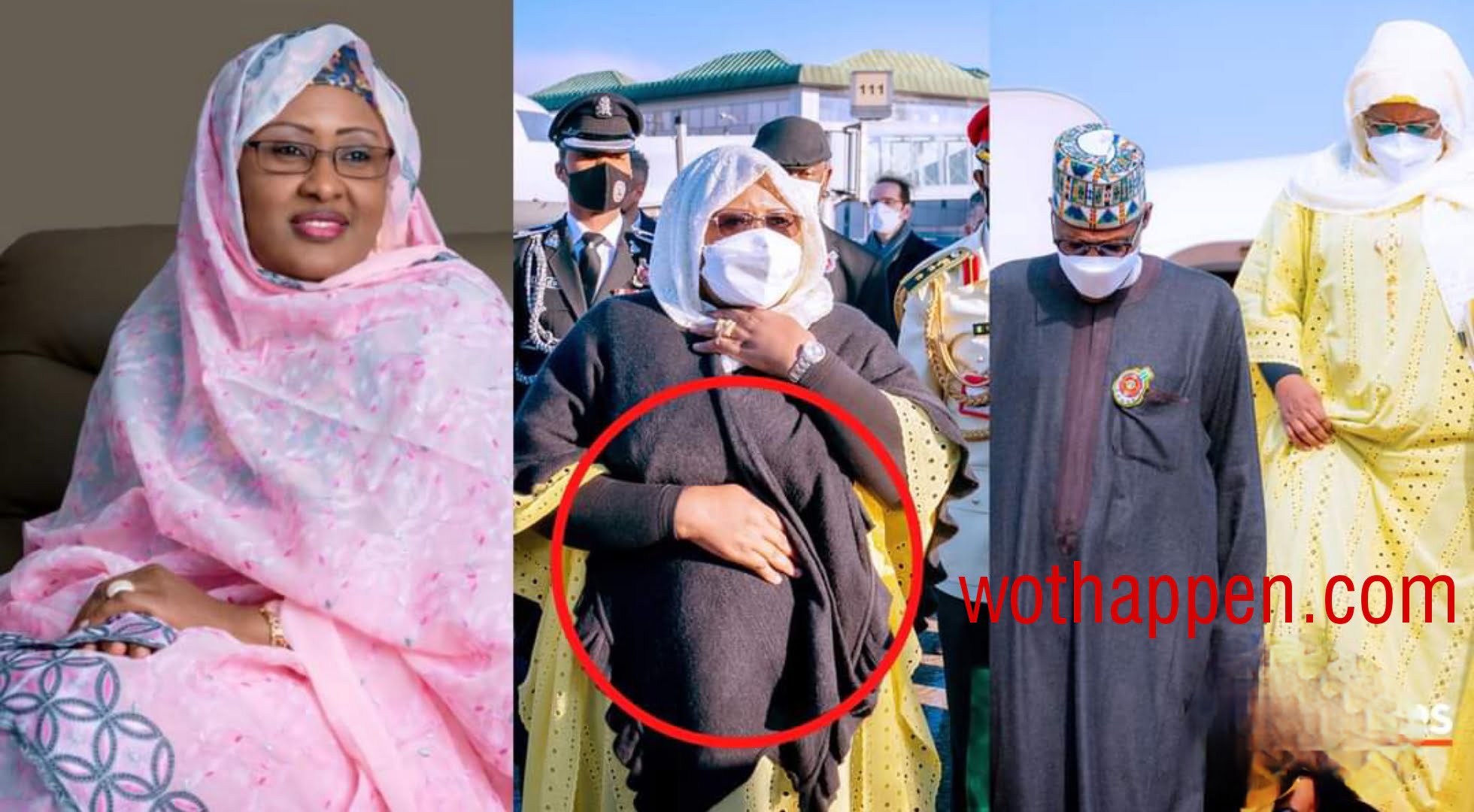 Multiple presidential sources tell SaharaReporters that Nigeria’s First Lady, Mrs Aisha Buhari, is not pregnant but rather undergoing treatment for an unknown illness, which they believe to be cancer.

Speculation of Aisha Buhari’s pregnancy spread quickly when photos of the First Lady and President Muhammadu Buhari on their way into the country from Turkey were released on Sunday.

Photographs showed Aisha dressed to the nines, her right hand resting delicately on top of what seemed like a baby bump.

On another photo, the First Lady appeared to be pregnant as she walked down the plane’s stairs, making her look like an expectant mother.

SaharaReporters was informed on Monday by an unnamed presidential source that Aisha is not pregnant but rather sick.

He said that the First Lady’s weight gain and distorted figure were caused by her usage of medications.

“She’s not pregnant,” he insisted. Assuming that she has cancer, she is undergoing treatment for an unknown illness. According to the source, she gained weight as a result of the medications she’s taking.

Aisha was airlifted to Dubai, United Arab Emirates, in August 2020 for urgent medical treatment since she was experiencing pain in her neck.

According to reports, her neck issue began shortly after she returned from a trip to Lagos in July to see Florence Ajimobi, the widow of former Oyo State governor Abiola Ajimobi.

The First Lady will relocate to Dubai, United Arab Emirates, in September 2020, due to security concerns at the Aso Rock Villa.

According to a source, she made her decision after a gunshot incident in June generated some concern among the residents of the Aso Villa.

After returning from a trip to Lagos, President Muhammadu Buhari’s personal assistant, Sabiu “Tunde” Yusuf, was removed from Aso Villa by security personnel because he refused to adhere to a 14-day isolation period.

Beyonce reports Osinbajo to Twitter for violating her copyright