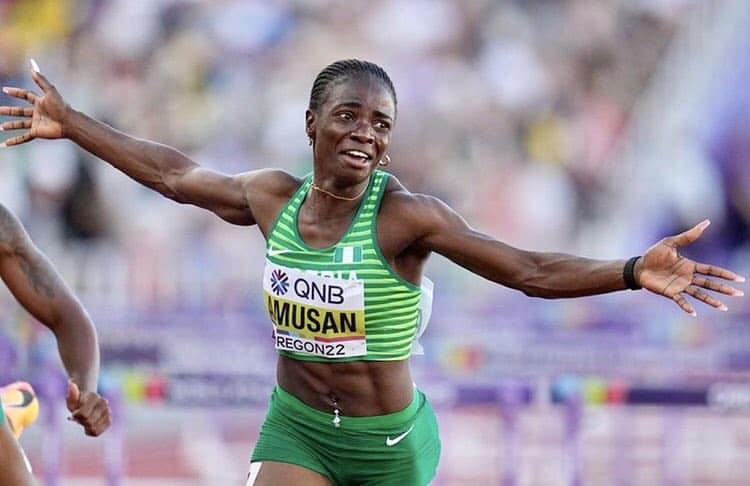 Nigeria’s Tobi Amusan set a new women’s 100 metres hurdles world record at the semi-finals of the 2022 World Championships in Oregon, USA on Sunday.

The 25-year-old went on to extend her record after finishing 12.06 in the finals the same day, winning Gold in the process.

She received a cash prize of 100,000 dollars for setting the world record.

Meanwhile, former world and Olympic records holder in the 200 m and 400 m, Michael Johnson, has doubted the accuracy of the 100h times that produced Amusan’s record.

He said even the athletes “looked shocked.”

He explained that the timer was malfunctioning.

His tweet provoked a lot of online users who believe that his position was because the new record was set by an African.

In a later tweet, Johnson explained that he was questioning the times of 28 athletes and not only one.

He wrote; “As a commentator my job is to comment. In questioning the times of 28 athletes (not 1 athlete) by wondering if the timing system malfunctioned, I was attacked, accused of racism, and of questioning the talent of an athlete I respect and predicted to win. Unacceptable. I move on.”