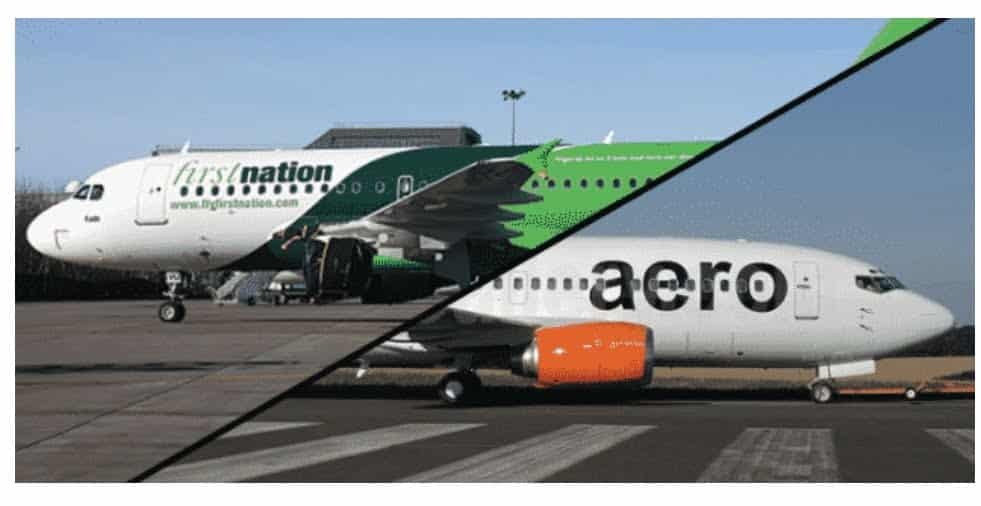 Air Peace, Ibom Air and 7 other Airlines will begin an indefinite strike from Monday over the aviation fuel crisis.

Wothappen reports that Air Peace, Ibom Air, Max Air, Arik Air, United Nigeria Airlines and four others are embarking on an indefinite strike on Monday, May 9, 2022, as the cost of the aviation fuel hits N700 per litre. Other airlines affected are Aero Contractors, Azman Air, Overland Airways, and Dana Air.

This was disclosed by the Airline Operators of Nigeria (AON) via a statement issued on Friday.

The statement, which was seen by Nairametrics, was signed by the President of AON, Abdulmunaf Yunusa and copied the Minister of Aviation, Hadi Sirika and the Director General of the Nigerian Civil Aviation Authority (NCAA) Capt. Musa Nuhu.

What Airline Operators are saying about the strike

It stated, “It is with a great sense of responsibility and patriotism that the Airline Operators of Nigeria (AON) have carried on deploying and subsidising their services to our highly esteemed Nigerian flying public in the last four months despite the astronomical hike in the price of JetA1 and other operating costs.

“Overtime, aviation fuel price (JetA1) has risen from N190 per litre to N700 currently. In the face of this, airlines have engaged the Federal Government, the National Assembly, NNPC and oil marketers with the view to bringing the cost of JetA1 down which has currently made the unit cost per seat for a one hour flight in Nigeria today to an average of N120,000. The latter cannot be fully passed to passengers who are already experiencing a lot of difficulties.

“While AON appreciates the efforts of the current government under the leadership of President Muhammadu Buhari to ensure air transport in Nigeria grows, unfortunately, the cost of aviation fuel has continued to rise unabated thereby
creating huge pressure on the sustainability of operations and financial viability of the airlines.

“To this end therefore, the AON wishes to regrettably inform the general public that
member airlines will discontinue operations nationwide with effect from Monday May 9, 2022 until further notice.

“AON uses this medium to humbly state that we regret any inconveniences this very difficult decision might cause and appeal to travelers to kindly reconsider their travel itinerary and make alternative arrangements.”

Aviation Unions too to embark on a warning strike

Also, three aviation unions, National Union of Air Transport Employees (NUATE), Association of Nigeria Aviation Professionals (ANAP), and the Amalgamated Union of Public Corporation, Civil Service Technical and Recreational Services Employees (AUPCTRE) will on Monday and Tuesday, May 9 and 10, embark on warning strike. This is over the non implementation of the Minimum Wage Consequential Adjustment which was negotiated since 2019.

In a statement signed by theur General Secretaries, Ocheme Aba, Abdulrazaq Saidu and Sikiru Waheed, the unions said despite their best efforts, the issue of the Conditions of Service of the Nigerian Meteorological Agency (NiMeT), Nigerian Airspace Management Agency (NAMA), Nigeria Civil Aviation Authority (NCAA) and Nigerian College of Aviation Technology (NCAT) as negotiated for upwards of seven years remain with the National Salaries Income and Wages Commission (NSIWC) and the Minimum Wage Consequential Adjustment remain unimplemented since 2019.

The unions said the ongoing effort by the Federal Ministry of Aviation and the NSWIC to resolve these issues do not show any positive sign of achieving amelioration anytime within sight and consequently, they have no alternative than to embark on an industrial action to press home their demands.

They stated, “All workers in NAMA, NCAA, NiMeT and NCAT are hereby directed to embark on a two-day warning strike on May 9 and 10, 2022. Should the warning go unheeded, an indefinite strike shall be called soon afterwards.

“However, workers in all aviation organisations including FAAN and AIB are hereby directed to support and operate with the unions to assure full compliance and success of the strike.”

In case you missed it

The Federal Government had assured that it is working on reducing the cost of Jet A1 fuel, popularly known as Aviation fuel, to ease the burden on airline operators in Nigeria.

This was disclosed by the Chief Executive Officer, Air Peace Airline, Allen Onyema, in an exclusive interview with Nairametrics on Friday.

According to him, the House of Representatives, on behalf of the National Assembly, have engaged the Airline Operators of Nigeria (AON) and the Nigerian National Petroleum Corporation (NNPC) on Thursday to ensure the hike in the cost of aviation is curtailed to ease the cost of doing business in Nigeria.

What Air Peace CEO is saying about fuel hike

He said, “The Federal Government, led by President Muhammadu Buhari, has assured us that it will look into reducing the cost of aviation fuel in the country. If he had not intervened, we would have shut down operations in 72 hours because it is obvious that the recent hike is counter-productive.

“Already, the cost has gone down from about N600 per litre to a little above N400/litre. The truth is that we have told the government that anything above N300/litre is not sustainable for our businesses. I am not saying it is not profitable but sustainable because of other expenses we incurred in the course of running our businesses. The unit cost of each seat is over N120,000 but we only charge N50,000 for each of the seats and that means we are running at a loss already.