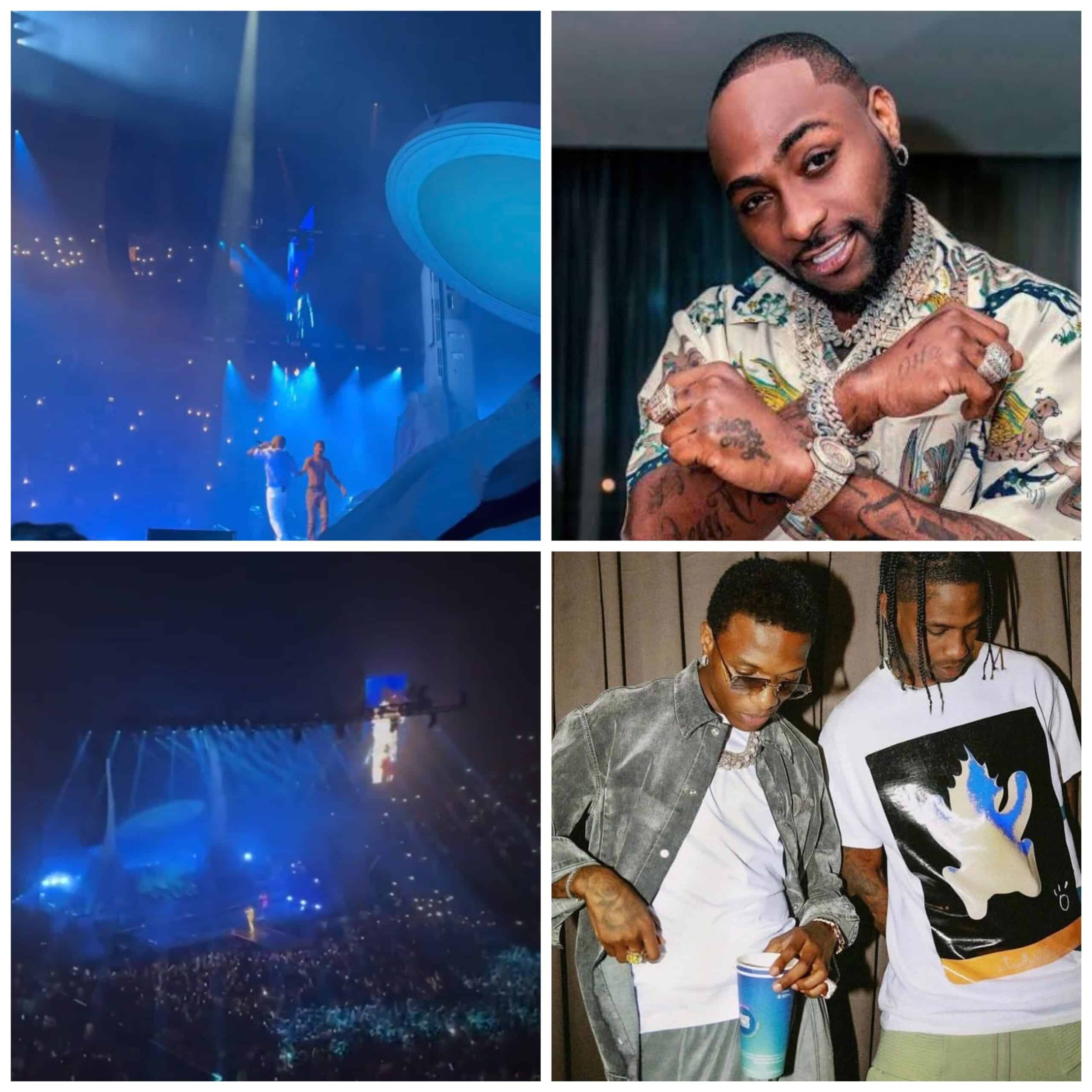 The crowd went wild when he introduced Davido to take over the stage on Sunday 7th August, 2022.

The afrobeats star thrilled the already hyped audience with his monster hits ‘If’ and ‘Fall’.

The audience were seen in one of the videos from the event making the rounds on social media, vibing and singing the songs word for word.

This came a day after Wizkid was spotted taking pictures with Travis Scott backstage on the first night.

As usual, fans took to social media channels to react to the development.

jralphio01: Just went to see Travis Scott and he brought out Davido!!! What a highlight

musaawwal14: So travis scott brought @davido in his show,and crowd went in fire,001 i stan

tesssy_xxx: Nah wizkid and Travis snap together but nah Davido Travis Scott bring out for him concert