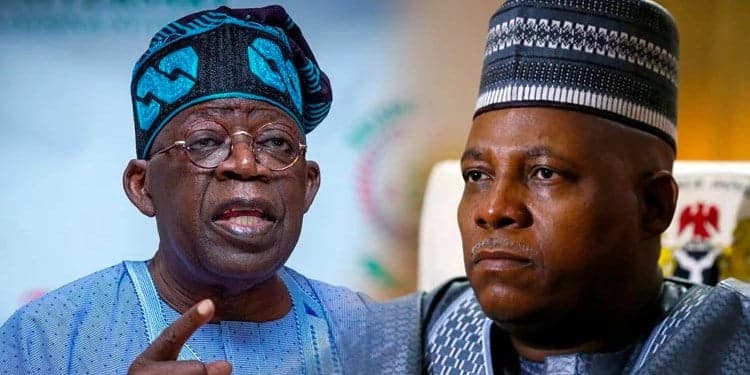 The ruling All Progressive Congress, APC, is in a fix, as it backs down from publicly unveiling Kashim Shettima as the vice presidential candidate of the party.

Wothappen reports that the ruling All Progressive Congress, APC, had slated July 14, for its official announcement of the former Borno State governor as Tinubu’s running mate.

The announcement of Shettima as Tinubu’s running mate was greeted by uproar both within the ruling party and among Nigerians.

most APC stakeholders resigned from the ruling party, just as the Christian faithful, and regional socio-political organizations kicked against the choice of a Muslim-Muslim ticket.

According to some APC stakeholders, the choice of the Muslim-Mulsim tickets was to boost the potential of the ruling party to win the 2023 general election.

The APC Press Corp Chairman, however, refused to state the reason for the decision.

According to him, the party leadership shall release the next date after consideration.

Ahmed Bola Tinubu, a former governor of Lagos State, a Muslim, clinched the presidential candidate of the ruling APC.

Shettima Kashim, a former governor of Borno State, a Muslim, was picked by Tinubu as his running mate.

The decision to choose a Muslim as running mate is seen by the Christian population as disregarding the secularity of Nigeria.